Have you ever stopped to think about those good emotional and psychological sensations that appear when you finish training?

Well, it's not up to you or chance, but about all the psychological benefits that physical exercise entails.

First we are going to specify that physical activity, understood as any movement that the muscles have and that results in an energy expenditure, not to be confused with physical exercise, physical, planned and repetitive activity whose objective is to improve the functioning of the body.

In other words, day-to-day life involves physical activity (walking, climbing stairs, cleaning, cooking, etc.) but when we carry out certain physical activities with planning, structure and repetition (this is training) we speak of physical exercise.

In addition to all the physical health benefits that we know of, training leads to a multitude of improvements in emotional and psychological health that we explain below:

The chemicals of happiness.

Exercise causes a series of chemical reactions in our body that give rise to the release of substances such as serotonin and endorphins that are related to the feeling of happiness and euphoria and therefore with humor.

La norepyrephrine (norepinephrine) is another chemical that can increase its production with exercise and is involved in the regulation of stress in the brain.

In addition, physical exercise decreases the levels of cortisol, a hormone related to stress.

Un chained loop that starts with feeling better, wanting to repeat the training the next day and it materializes in a better personal image and feeling of well-being.

The release, during and after exercise, of neurotransmitters helps the anxiety release providing a feeling of calm greater than at the beginning of it

Increases in certain chemicals that are produced in the brain with exercise prevent degeneration of hippocampal neurons, reducing the risk of degenerative diseases such as dementia.

Regular exercise improves ability to learn new things and memory, because it increases the production of hippocampal cells responsible for memory and learning.

Various studies have indicated that workers who exercise regularly sare more productive and have more energy than those more sedentary.

As you can see, they are all benefits. On a physical level and on a psychological and emotional level, physical exercise can provide you with a well-being that is available to anyone.

Getting into the habit will be the hardest part, but once you get into the training routine you won't want to skip it.

Which cardio machine to choose: treadmill or spin bike? 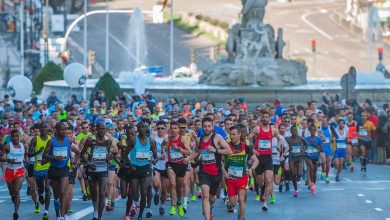 Tips to improve your brand in half marathon