A good climber has to be able to maintain a constant cadence during the climb and maintain the watts or the force applied to the bike during the entire working time.

Our collaborator Personal Running tells us in this article how to improve our ability to climb on the bike. As we usually say and recommend in all our posts, to try to achieve the best performance in any discipline or sport modality, it is essential to complement it with an appropriate strength program.

In this case, moreover, since we are talking about a physical exercise that contains a high component of specific strength, that is, the one that we apply on the pedals.

To the force component, we must add that of the cadence or pedaled per minute. It is important to work also this factor, because ultimately, a good climber must meet both capacities: on the one hand be able to maintain a constant rate for the duration of the rise in question, and on the other hand be able to maintain the watts or the force applied to the bicycle during all working time.

Having said this and without further delay, we propose a first sequence of exercises that you could include in the general phase of your planning, at any time and in any place, and a work of strength on the same bicycle that could be part of your specific phase prior to the competition period that will undoubtedly help you achieve a remarkable strength gain and consequently higher performance.

As we have said in other occasions, the main muscles that participate in the action of pedaling are: quadriceps, glute, twin y femoral biceps. Therefore, these muscle groups are those that I must prepare in a general way in the gym or even at home so that later the strength that I can have to apply it in a specific way is greater.

If you have a gym, you can do a simple multiexercise circuit in which there is no missing the press, the quadriceps extender, the femoral and twin flexo-extensor. In this circuit, we could do between 3-5 series of each of 10 - 16 repetitions to 75-80%. We would rest 1 'between series and 3' between stations.

If we do not have a gym, a sequence of exercises that can help us to work hard or maintenance throughout the year, would be to perform the following 5 exercises consecutively, with 30-40 '' work in each of them Resting approximately half of the work time at the end of the 5º exercise rests between 1'30 '' and 2 'before doing the first one again.

The first few times he does only 2 series, and as you get used to the force work he increases the series until he reaches 4.

Iron with one leg lift:

Half Squat to one leg:

As a second phase, continuation of this first phase of general strength, we would begin to work the force gained directly on the bicycle and on the hill. For this, we would divide the slope work in 3.

As an example, we propose the following types of work:

With this, we hope that your climbing performance on your bike will improve and help you both to climb better and to enjoy climbing. 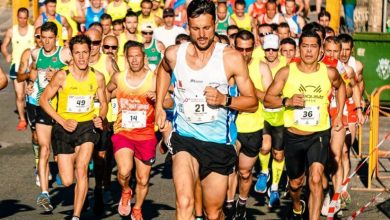 How many calories are spent swimming, running or cycling? 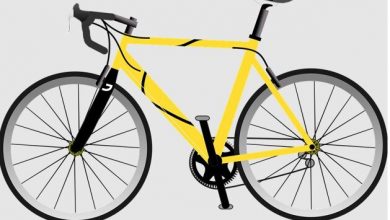 Bicycle sizes, the guide to choosing it correctly 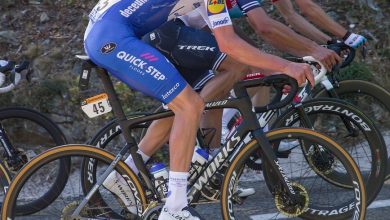 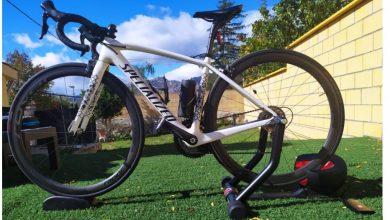 How to do a cycling FTP test with the Zycle trainer?