The challenge will be the next June 15, when the beautiful seafaring vila of Cambrils will host the second edition of this triathlon, which surprised in the first edition for its great reception, closing inscriptions in just 12 days and filling the 850 seats of its first edition.

A spacious and comfortable box next to the fisherman's park will be the epicenter of the event. The bike sector runs along the N-340 being a straight, safe and fast road, the walking race seduces by its beauty, the ride being the stage of the same and in full touching the sea. In addition, this triathlon has the support of the SURAL brand, which repeats collaboration as the main sponsor. 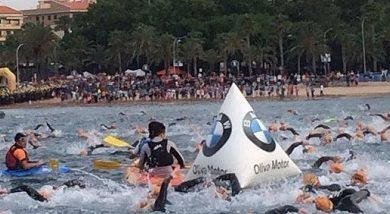 More than 1000 participants in the Triathlon of Cambrils

On the verge of closing inscriptions in the Triathlon of Cambrils