The young New Zealand cyclist Olivia podmore At just 24 years old, she has been found dead in her home.

The police are investigating the causes of death while the debate on the mental health of athletes, the main cause of his death, has been up for debate again.

It was his own brother who communicated the death of the athlete through social networks.

"Rest in peace my beautiful sister and the beloved daughter of Phil Podmore. You will be in our hearts forever".

Olivia left a worrying message on her social networks a few days before: “Sport is a great outlet for many people.

According to 20 minutes, the New Zealand Cycling Federation made some statements about the mental health of its athletes:

"Itn this moment for us it is about focusing on the well-being of the people who are here and having to deal with this loss ", explained the executive president of the federation, Jacques Landry, at a press conference.

"There will be a time for us to review and see if and where we have had missteps or where we did not act correctly".

Olivia participated with her country in the Rio 2016 Olympic Games, as well as in different international championships of the highest level, but did not manage to qualify for the Games Tokyo 2020

Who is the highest paid cyclist in the world?

Alejandro Valverde will lead the Spanish Olympic team in Tokyo 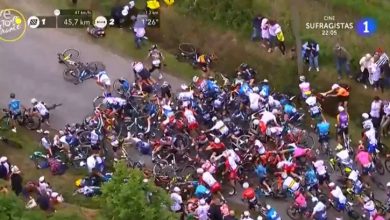