The Italian cyclist Matteo Spreafico (Vini Zabù-KTM) has been provisionally suspended and expelled from the Giro from Italy after test positive for ostarina in an anti-doping control carried out last week.

Spreafico marched in position 127 of the general of the Giro after the stage this Thursday.

Spreafico underwent two controls on October 15 and 16 after the stages with finals in Cesantivo and Monselice and in both analyzes they appeared after ostarine, a substance banned by the AMA since 2008.

«The Italian cyclist Matteo Spreafico has been notified of two adverse analytical findings (AAF) by Enobosarm (ostarina) in two samples collected during the Giro d'Italia on October 15 and 16 ”,

On the other hand, the UCI recalled that the rider has the right to "request the analysis of the B samples".

It has been the first positive at the Giro since 2015

Under the body's rules, Spreafico, the first positive for doping at the Giro since 2015, has been provisionally suspended.

What is the ostarine?

The Enobosarm (ostarine) is a prohibited substance included in class S1.2 -other anabolic agents- of the World Anti-Doping Agency (WADA) 2020 List of Prohibited Substances, adopted by the UCI. 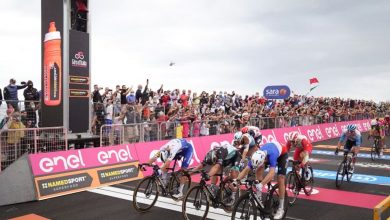 20 February, 2021
Sponsored by
Partner
Button back to top
Close
Close
This website uses its own cookies for its proper functioning. By clicking the Accept button, you agree to the use of these technologies and the processing of your data for these purposes. Configure and more information
Privacy policy