The standard Hardens penalties for reckless drivers behind the wheel that cause accidents with deaths or injuries and makes abandoning the scene of the accident a crime.

According to Europa Press, reform of the Penal Code anticipates that those drivers who cause accidents with dead or injured will face up to nine years in jail if they cause several deaths or even  four years of prison if they leave the scene of the accident.

Anna González A promoter of this new law, she was left a widow in 2013 when her husband was hit by a truck while pedaling on his bicycle, and whose driver fled. Today, six years later, the Senate definitively approves the legal change that she promoted. "He who escapes is going to pay," he celebrates.

If you commit  crime against road safety causing deaths or injuries this behavior will automatically become considered gross recklessness. The penalties will be between 1 and 4 years in prison in case of death and up to 1 year in case of injury.

Until now, serious recklessness resulting in death could only be sentenced to the maximum of four years, regardless of the number of deaths. Now the judge "may" aggravate the penalty by one degree (up to 6 years in prison) if at least two deaths are caused or one deceased and one very seriously injured (disabling injuries).

The judge may aggravate the penalty by two degrees (up to 9 years in prison) if the deceased are “many”. The rule does not specify how many would be those "many". The judge must appreciate it case by case.

If a serious violation of the traffic law is committed (overtaking prohibited, jumping a traffic light or a stop, drive by manipulating the mobile, do not save the distance from 1,5 passing a bicyclist, etc.) resulting in injury or death will be considered less serious recklessness.

The penalty is small, from 3 to 6 months of fine, but that is the least important. The important thing is that these claims, the vast majority of those that occur, are once again considered a crime and, therefore,  Victims can enjoy the protection afforded them by criminal law (ex officio lawyer, the performance of the prosecution and judicial expert reports).

These behaviors were considered a fault within the Penal Code before the reform carried out by the PP in 2015. The legislative amendment eliminated the offenses, deriving these cases to civil legislation, where the victim is unprotected before the insurers. 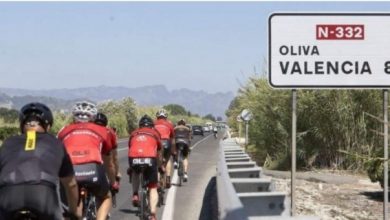 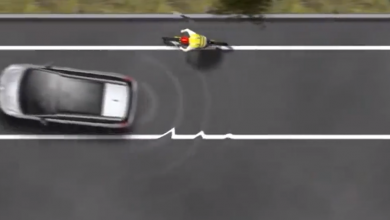 Video: How to make a correct overtaking to a road cyclist?

October 23, 2019
Search
Sponsored by
Partner
Button back to top
Close
Close
This website uses its own cookies for its proper functioning. By clicking the Accept button, you agree to the use of these technologies and the processing of your data for these purposes. Configure and more information
Privacy policy