Today the XXVII edition of the IRONMAN Wisconsin (USA) where Spanish was on the starting line Emilio Aguayo, which has been his second participation in an IRONMAN distance test.

After the great race he did last May in the IRONMAN Lanzarote, where he was third, today has shown that he is taking the measure at this distance with the second place today.

Aguayo was second to complete the 3,8 km of swimming going out with Andrew Keily out of the water.

In the cycling segment the German Markus Thomschke left with an attack in the first part of the segment to lead the entire cycling sector.

Behind in the final part was formed by a group formed by Emilio Aguayo, Karl-Johan Danielsson and Adam Feigh with a difference close to 10 minutes.

Thomschke came first to T2 with 9: 17 ahead of Feigh and 9: 33 over Aguayo and Danielsson.

In the race on foot we saw a great Aguayo that with a good rhythm reached the second place of the race on the kilometer 7. From there he tried to cut differences on Thomschke that was almost 10 minutes away at this checkpoint.

Aguayo was cutting him more and more time passing through the kilometer 15,7 of race and 7: 27 of the German.

Gradually and with a very regular rhythm of the Spaniard he ended up reaching Thomschke at the kilometer 31 of the race, to leave alone in search of victory.

In each kilometer Aguayo was increasing his advantage over the German to pass through the control point of km 36 with 2:24.

In Today's race Emilio Aguayo has managed to overcome 9 minutes behind Thomschke, to finally get the victory with 4 minutes ahead of the German.

These have been his career times

Emilio Aguayo has made the leap this season at long distance, having achieved good results in MD, this year he made his debut at IRONMAN in Lanzarote, one of the mythical tests of the franchise and one of the toughest in the World.

Aguayo is a triathlete sponsored by Club La Santa de Lanzarote, and after winning the two tests organized by IRONMAN and IRONMAN 70.3, he will make the leap to the Triathlon mecca. Kona

In the test he got a great third place behind the winner Frederick Van Lierde and Christian Kramer who was second.

With this victory in his second test, he shows that he has taken the point in the distance and with his classification for Kona 2020, he will surely prepare the appointment. A hopeful race for the triathlete in a perfect race that he surely won't forget. 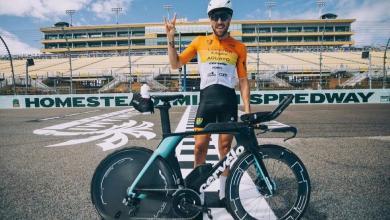 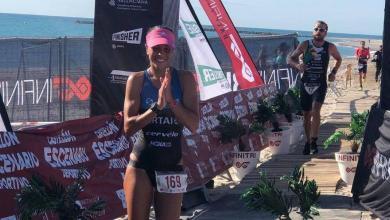 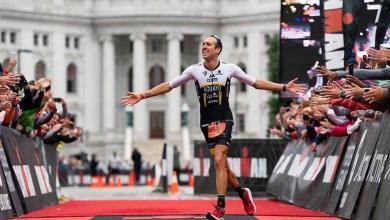 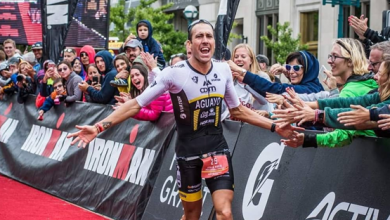 Emilio Aguayo will start his #Roadtokona in the Challenge Salou