Today a new edition of the IRONMAN Frankfurt, where the European title was also at stake. This time it was the first great duel of the year between 3 world champions Patrick Lange (2017 and 2018), Jan Frodeno (2015 and 2016) and Sebastian Kienle (2014), although with an unfortunate puncture of Lange in the cycling sector made him lose all options to fight for the victory.

The first to get out of the water was Jan Frodeno followed by Dylan Mcneice. Both were nearly 2 minutes ahead of the chasing group with Patrick Lange and Sebastian Kienle.

In the first kilometers of the cycling sector, Frodeno, with a strong pace, already left alone, taking a 1-minute lead in passing through the checkpoint at km 13.

Behind little by little Sebastian Kienle was going up positions to reach second place and maintaining the difference with respect to the race leader, although from km 50 he was cutting time to reach Frodeno in the last part of the test to arrive together to T2. The cycling segment had a total of 185 km of travel.

Patric Lange who was in top positions suffered a puncture which made him lose a lot of time, leaving him with no options in the test, although his goal was to finish an Ironman in order to be in the World Championship next October.

A nice detail of Frodeno, was that in the T2, Sebastian Kienle had to receive medical attention in his right foot since a piece of glass was nailed. His compatriot, instead of taking advantage of the circumstance, approached him to see how he was. A nice gesture.

In the foot race, Frodeno was ahead in the first kilometers of the sector, obtaining a 30-second advantage over Kienle that he would be seeing if he could run with the heel injury.

Little by little Kienle was cutting out differences for him overtake him at kilometer 18 of the race and be together a few meters. After this Frodeno again left him leaving alone to go through PK24 with a 1:04 advantage over Kienle.

Moment where they are joking Kienle and Frodeno

Finally Jan Frodeno He achieved his third victory in this race and his second IRONMAN European title with a spectacular time of 7:56:02 falling below 8 hours in a test with a lot of heat and a cycling segment of 185 kilometers. Sebastian Kienle has been second with a time of 8: 00: 01 and third has been Franz Loeschke (8: 17: 24).

The Spanish Saleta Castro He has managed to finish in fifth position with a time of 10:14:11.

The times of Jan Frodeno

They will be in Kona

With this classification, both Jan Frodeno and Sebastian Kienle get their pass for the IRONMAN World Championship, since the test to be regional championship, granted two Slots for Kona.

Patrick Lange, World Champion last year, just by finishing the test he also gets the direct pass to Hawaii next October. 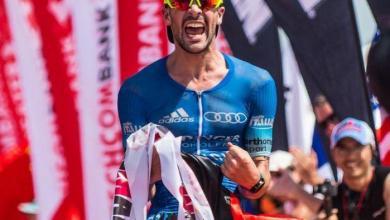 Patrick Lange will compete against Gustav Iden, Kristian Blummenfelt and Casper Stornes in a "hunting triathlon" 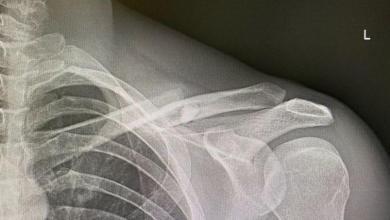 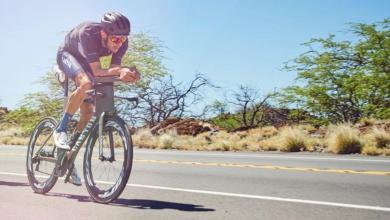 Jan Frodeno's proposal for the February IRONMAN of Hawaii