This next Sunday the first edition of the IRONMAN 70.3 from Marrakech (Morocco) where we will have 6 Spaniards in the professional starting line.

Judith Corachán She will be one of the favorites in the women's event, where the 2019 season will end, in which she has won the Embruman and the LD World Cup in Pontevedra among other victories.

Among the rest of the participants, the participation of Lisa Norden, Sylvia Gehnboeck, Charlotte Morel o Joana Soltysiak among others.

In the men's test, we will have the Spaniards on the starting line Carlos Aznar, Fernando Barroso, Erik Merino and Albert Moreno.

Among the other professionals, Tim Don, Manuel Kung, Antony Costes and Ben Hofman stand out among others.

The test will start at 7: 45 in the morning and can be followed live through the official IRONMAN website

The circuit has swimming 1.900m in Lake Lalla Takerkoust. Subsequently the triathletes will face the 90km of the cycling sector at a turn and with almost 1000m of positive slope.

The first part is ascending to the km 40 and later the last 50 are more favorable until arriving at Marrakech, where the T2 and the goal will be located next to the Moulay El Hassan Circuit.

The foot race is 21,1 km divided into 2 laps of 10,5 that run alongside the gardens of L'Agdal and the Oliveraie. 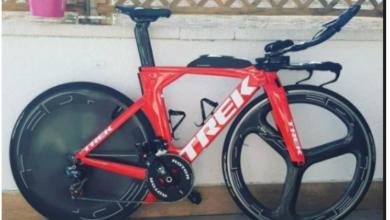 Judith Corachán will be at Challenge Daytona after her accident