Four Spanish triathletes were protagonists in the presentation and press conference of the event together with three of the international stars who will participate this Sunday in the first edition of the IRONMAN Vitoria-Gasteiz.

More than two thousand participants, more than sixty countries and an enormous expectation in the streets of a venue that lives the triathlon and will enjoy a new dimension along with the international reference franchise.

Three triathletes from Spain participated in the presentation of athletes in the spectacular integrated goal area in the heart of the city: Judith Corachán, Ruth Brito y Eneko Llanos, highly demanded by the public for rigorous photographs together Alejandro Santamaría, winner of the last two editions of Vitoria.

"Vitoria is my Hawaii ", Ruth Brito

Brito, who has managed three third places in the previous editions of the Triathlon LD of Vitoria-Gasteiz and a fourth place, in addition to a first position in the LD World Championship in the Age Group 30-34 years also in Vitoria in 2012, and that was champion of Spain of Media Distancia in Pamplona 2017, was especially excited.

"Vitoria is my Hawaii, "declared Ruth under the goal arch of Iron Man already installed in the city adding that "It is a great pride to run a test of these characteristics in your city. There is a lot of level but the first objective is to enjoy the atmosphere because the public of Vitoria is the real lung of the test, especially in the marathon".

For Judith Corachán, runner-up of the World of Long Distance Triathlon in Pontevedra 2019, and who shared the spotlight in the press conference with Ruth Brito and the North American Heather Jackson, also "it's great to be in Vitoria and play an Iron Man".

The Catalan recognized that "When it was announced that there would be no middle distance it generated a bit of concern but you had to be here and enjoy the race and go all out for a good result".

Eneko Llanos, from Vitoria, appeared before the press and spectators along with two other favorites to win on Sunday, the Australian Josh Amberger And French Antony Costes, winner of the Iron Man of Barcelona in 2017.

For Eneko, the only Spanish men's podium in the Iron Man World Championship in Hawaii with a silver medal in 2008, the event will be "another very tough sport battle with great rivals like Josh or Antony and the rest of the professionals who attended the first edition of the new Iron Man event in Spain ". He assured his classmates "a very nice day and a dedicated audience encouraging everyone".

Alejandro Santamaría "I come to give war"

Another of the attention points of fans especially the Spanish, will be Alejandro Santamaría, winner in Vitoria last year of 2018, willing "To give war and fight as much as possible to return to make a good result" in the Alava test.

The day of Saturday 13 of July will continue in Vitoria the distribution of numbers in the square of Spain, from 10 to 14 h. and in the Florida Park, from 10 to 11 h. will take place the Iron Kids tests aimed at younger athletes.

The Europa Palace of the Alava capital will host the briefings in Basque, French, double in English and also in Spanish, throughout the morning, while in the Plaza del Machete the information and expo point will be open from 10 to 20 h. and in the Plaza de la Virgen Blanca, with the same schedule, the official Iron Man store will remain operational.

From 13:19 p.m. to 1:2 p.m., with hours depending on the numbers, check-in T12 and T45 will be carried out in Landa, with buses transferring participants from Vitoria and returning to the city from 19:30 to XNUMX:XNUMX.

All information regarding schedules, participants and routes in IronMan Vitoria can be consulted on the web of the test 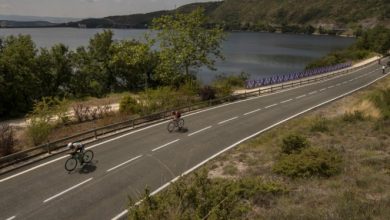 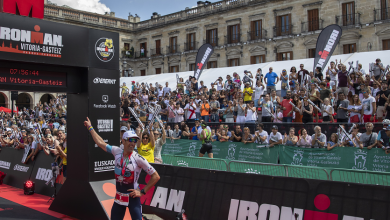 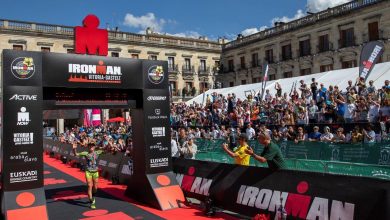 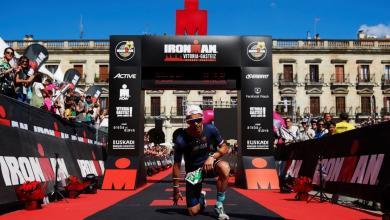