The Canadian, current runner-up in the Ironman world competes this weekend at home, at the Ironman Mont Tremblant.

This weekend disputes the last Ironman in American lands qualifier for the Kona World Championship. Lionel Sanders, already classified for Hawaii, he is the top favorite to take the victory in IM Mont Tremblant.

Last year Sanders, was second in Kona and this year seeks to ascend one more step of the podium and be world champion. Last season, a month after the Hawaii event, he played the IM of Arizon, where he won and certified his qualification for the World Cup this season.

In 2018 only Jan Frodeno has managed to beat him, It was at the 70.3 of Oceanside in California. In the other competitions, the 70.3 of Pucón, the 70.3 of St George and the World Challenge of Samorín Sanders won with great authority.

Javier Gómez Noya to all in the Ironman of Hawaii

Double of Lionel Sanders and Lucy Charles in The Championship 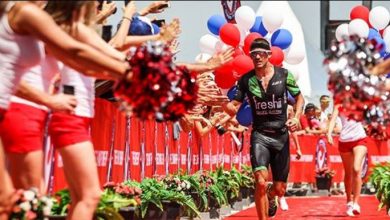 1 June, 2018
Search
Sponsored by
partners
Button back to top
Close
Close
This website uses its own cookies for its proper functioning. By clicking the Accept button, you agree to the use of these technologies and the processing of your data for these purposes. Configure and more information
Privacy policy