The Tour de France is the most important cycling race, a sporting event followed around the world and the most popular Grand Tour. Three weeks in which everything is possible, glory, suffering, heroic performances and new talents.

Just in time for the 108th edition of the race, Canyon presents a limited edition model with a frame that has already won three Grand Tours and two World Championships, now in a unique color and design, the Ultimate CF SLX 8 Disc TDF.

The design includes card deck motifs, referring to the joker obtained by the Alpecin-Fenix ​​and Arkéa-Samsic teams to participate this year in the Tour de France.

The joker, the only card in sight in the deck, is a symbol of good luck. There is also the flag of Brittany, which pays tribute to the starting region of this year's race.

The great start from Brest is especially significant for the Arkéa-Samsic team, which is based in the city of Rennes.

During the race, Elie Gesbert, a member of the team and born in Brittany, will ride with the Ultimate CF SLX TDF frame to try his luck on the most famous mountain passes in the world, such as the Tourmalet or Mont Ventoux.

The design of this limited edition Tour de France also wants to pay tribute to the long tradition of card games within cycling culture.

Even in the days of Eddy Merckx's, professional racers spent many hours playing cards between stages and used expressions that are also used in bicycle racing, such as putting on a poker face, having an ace up their sleeve or bluffing.

All components of the Ultimate CF SLX TDF are of premium quality.

Like the rest of the Ultimate, this limited edition TDF has been created to provide maximum efficiency and comfort in the most extreme racing conditions.

A very light bike, with extraordinary stiffness and ready to stand out in the most demanding competitions.

On the occasion of the 108th edition of the Tour de France, only 108 units of this Ultimate CF SLX 8 Disc TDF will be on sale.

The bicycle can be purchased from Wednesday June 30 exclusively at canyon.com by 5.999 €

*. Includes a deck of cards specially designed by Canyon, the pattern on the back of the cards is the same as the one depicted on the bicycle frame. 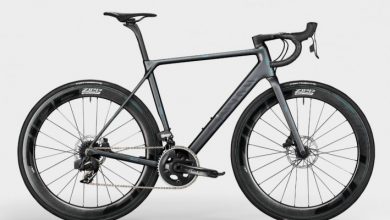 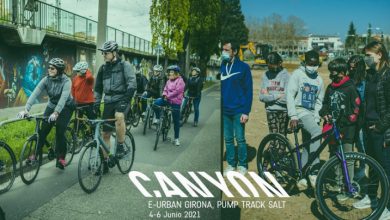 The founding of Jan Frodeno and Canyon together in the Canyon e-Urban Girona. 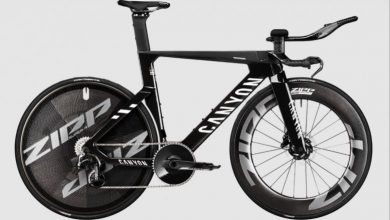