A new book for long distance oriented triathletes called The Finisher's Book has been released.

The author, louis from above, known in the world as "Luidgi", is an experienced triathlete and ultra-distance runner with more than 15 Ironman (including Kona) behind his back.

The book tells the story of a normal person who one day decided to change his life and began to play sports to lead a healthier life and feel better, ending up performing one by one the most mythical endurance tests. 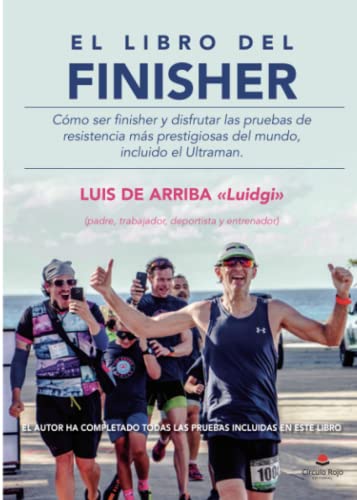 The reader will find in it the keys and advice to tackle them with guarantees and in a satisfactory way.
The only thing you need is enough motivation to take the first step, which is often the most difficult.

Luis's next objective will be the ULTRAMAN in Florida on February 11, where he will try to qualify for the Ultraman World Championship in Hawaii.

Alistair Brownlee to launch a book "Relentless: Secrets of the Sporting Elite"

New book on cycling: The secret cyclist. The real life of a cyclist in the professional squad who wants to be anonymous

Book: Pedaling in hell. The loss of the innocence of a young man who wants to be a professional cyclist

22 June, 2019
Search
Sponsored by
partners
Button back to top
Close
Close
This website uses its own cookies for its proper functioning. By clicking the Accept button, you agree to the use of these technologies and the processing of your data for these purposes. Configure and more information
Privacy policy