Nearly a thousand athletes will meet on Sunday June 30 in Salamanca to dispute the Spanish Long Distance Triathlon Championship and the tests of Middle distance, distance Olympic y Aquabike.

In addition to the national titles, the Iberian Championship with the participation of Portuguese triathletes. Ninety percent of the more than 300 registered in the long distance championship of the Spanish Triathlon Federation comes from autonomous communities other than Castilla y León, a percentage that stands at around seventy percent of the total of more than 900 participants . The test is also part of the MD and LD Triathlon Spanish Cup.

Among the favorites stand out Cesc Godoy, Pello Osoro in male category and Helele Alberdi o Cristina Rosello among other participants

El Media Distancia triathlon of Salamanca, With no titles at stake like the three races running parallel to the Spanish Championship, it will have more than 280 participants and a distance of 1 kilometers of swimming, 5 kilometers of cycling and 80 kilometers of running on foot.

More than 250 triathletes will tackle the challenge of Olympic distance, about 1 km. swimming, 5 kilometers of cycling and a final race of 40 kilometers. In the new Aquabike format, 10 athletes will participate to cover 25 km of swimming and 60 km. in the cycling segment.

The environment of the Iglesia Nueva del Arrabal will be the scene of the expo and delivery of bib numbers, Saturday June 29 from 12 noon. The technical meeting for athletes will be held the same day, at 19 pm, at the Río Tormes Sports Center.

On Sunday June 30, starting at 8 a.m., with the start of the Olympic distance test, the main activity will first move to the Enrique Estevan bridge and the Tormes river, and then to the roads of the cycling segment and the promenade river, which will be the protagonist in the foot race.

At 8:30 a.m. The competition will start in Media Distancia, and at 9 am. the Spanish Triathlon Championship LD. The elite awards ceremony is scheduled at 16pm. in the surroundings of the New Church of Arrabal, and that of Age Groups around 19:15 p.m. 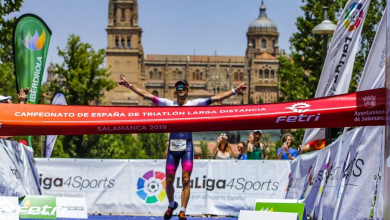 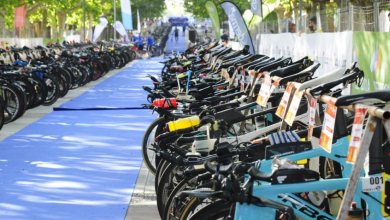 4 months for the MD Salamanca Triathlon 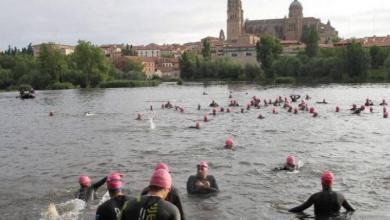 The MD Salamanca Triathlon, 4 distances with a Spanish Championship and an Olympic triathlon 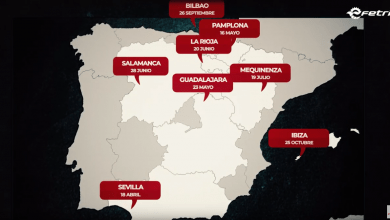 Promotional video of the Spanish Cup Triathlon MD and LD 2020