The three-time champion of Kona Craig Alexander has announced that it has founded a new triathlon team, the Vespa Pro Triathlon Team.

On this team, Craig says, "will be 12 of the most successful and charismatic professional triathletes in the world by the end of 2021."

«We are delighted to bring a classic brand like Vespa to the sport of triathlon ”, Alexander commented in a press releasea.

“Despite the challenges of 2020 due to the pandemic, Vespa remained focused on creating a program focused on all levels of triathlon.

Although at the moment only one campaign has been launched with some of the best professionals in our sport, we will soon announce other initiatives designed to improve the multisport experience for triathletes of all levels. «.

Craig, was 3 times IRONMAN world champion and two times 70.3 and is also captain of the Collins Cup.

The Ironman 70.3 World Championship, possibly the race of the century

Craig Alexander and Emma Moffat win in the ironman 70.3 of Geelong 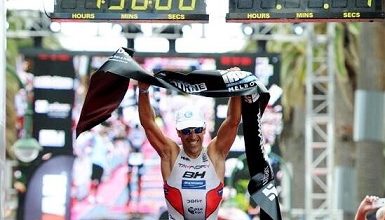