Our collaborator Marcos Bonilla, tells us some of the curiosities and a short summary of the Ultraman World Championship which was played this past weekend where Marc Puig has been runner-up and Josef Arjam fifth.

Hawaii last December 1 had a Canadian flag; two athletes from Canada have been world champions; Jordan Bryden, the current Canadian Ultraman champion, and Tara Norton; who was already champion in Hawaii last year, and this year revalidates title.

How do I say every year, a competition full of emotions and explosions of feelings between teams and triathletes. I love remembering and describing those reactions typical of any ultraman, that we find it so difficult to explain to those who have experienced it, and that I will never tire of saying ... they are magnified in Hawaii!

As always, I get to the point and start with a brief summary by sectors and stages:

For the rest, comment that ... I do not want to take away work from the Pythoness Lola, but I must say that I was right in my prediction of top 5 in the last article that we published on "the favorites to be world champions of ultraman" days before this Ultraman Hawaii 2019, and although the order was the most difficult to guess, the truth is that it was a very easy forecast.

I understand that not everyone is as familiar with the names that we compete in ultraman, as those that compete in Ironman ... But the truth is that, to anything that is understood a little ultraman, just by seeing the short list of 28 registered to the proof.

The top 5 could be clearly identified as Jordan Bryden, Marc Puig, Rob Gray, Arnaud Selukov, and Josef Ajram. SI was only left without mentioning Travis Wayth (“Trout”), who very surely, if he hadn't been injured, would have finished fifth ahead Josef. 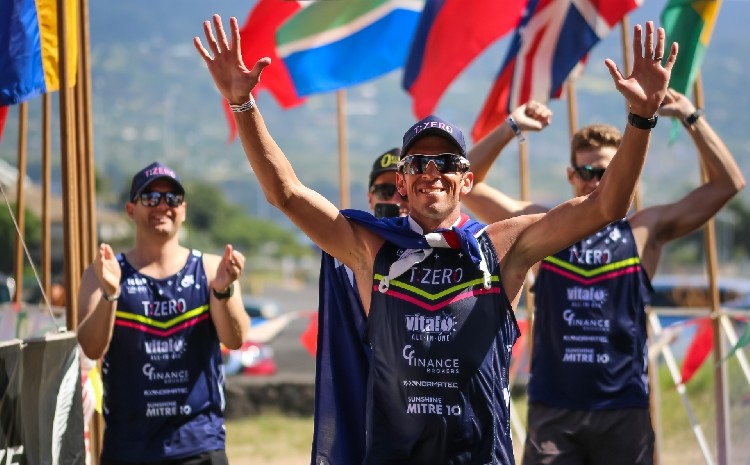 As I said in the previous article, the short attendance favored the Spanish and posed an opportunity that few years can have for two Spaniards to get into the top 5, but not only has that been accomplished, but the joy and surprise has been that Marc Puig managed to climb to second place in the last stage, as I say; all a joy.

The ultraman began with his eyes especially on the three people who, by default, should occupy the first position for starting with the status from which they started; the only current champion on campus, Jordan Bryden; UM Canada Champion, Tara Norton; the one who was the current world champion in Hawaii 2018, and, not having the presence of the current World Champion; Thompson, all eyes were on the big Rob Gray; world champion in 2017 and second in 2016 and 2018.

Of course, what we did not know about Rob is that he did not arrive in his best shape due to physical problems, how he ended up confessing the last day, despite this; He was in second position behind Jordan, stalking the first place in the first and in the second stage ... but in the third he deflated until he fell to third place behind Marc. 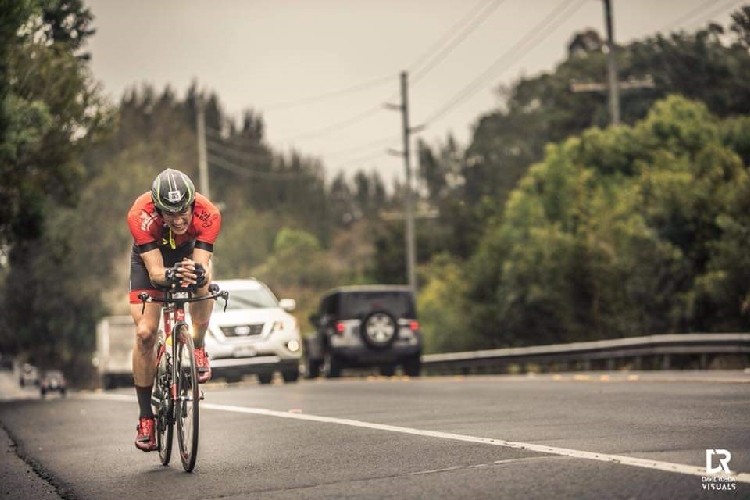 Jordan Bryden led the race since he came out of the water, staying in first place overall in all three stages. The most commented thought was that Arnaud Selukov would make a great bike and overtake him in the second stage and, indeed, Arnaud won the second stage with authority, giving the show that we are used to giving there in the ultraman where he participates, but he did not take as much advantage as He usually takes off on the bike, and he did not cut enough minutes to relieve Jordan of the first position in the general classification.

Taking into account the accident he has had a few months ago in which a phalanx was amputated by the hand, we can say that just maintaining a bit of fitness in the last 3 years is a feat. "Cheapu" Arnaud!

If Jordan had to defend his leadership tooth and nail, in the first stage with Rob and in the second stage with Rob and Arnaud, who were second and third overall ... in the double marathon he had to defend himself against Marc, who saw As in the race, he was cutting minutes like a locomotive without brakes, until he climbed to second place, with the sinking and “busting” of Rob and Arnaud in the second marathon, and until he was 17 minutes from Jordan. Finally Jordan entered second in the race and first in the general, proclaiming himself world champion by stopping the clock in 23 hours and 24 minutes and passing through the goal arch as a basketball player in presentation of the NBA, since he is an athlete of almost 2 meters that inspires that image of charismatic basketball player.

To further Canada's pride, Tara Norton revalidated her world champion title, entering second in the double marathon, but with enough margin over the second (just 8 minutes) to win the Hawaii UM for the second consecutive year. 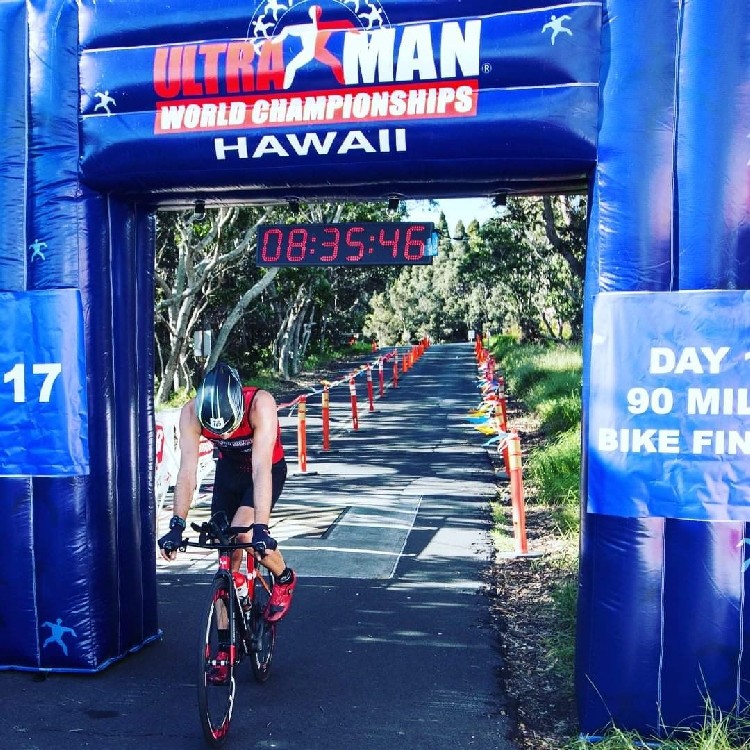 The second classified Conny Dauben, who had already participated years ago in other editions, had a very difficult time cutting Tara almost an hour after she came out of the water, and winning the third stage with 8 hours 17 minutes. As a curious fact, commenting that the two girls have finished sixth and seventh overall, data that tells us the good level and merit of the participants, but also makes clear the obvious lack of male competition due to the small number of athletes .

Regarding the role of the Spanish, we can say that the year has been the best, and the atypicality of this edition has favored us, we cannot be happier with Marc Puig in a historic second place in his sophomore year in Hawaii, Josef Ajram in the top 5, and Jby Luis Quero 14º.

It is true that we are 2nd, 5th and 14th out of 21, but there that remains; the best Spanish representation so far, and what you need to breastfeed and be proud of.

Marc Puig To say that it has been noted that he has been super-trained and that he has surely been the unexpected guest for those above, performing a great feat and going back with a great double marathon.

Josef Ajram comment that it has been a joy to see the person who opened the way of the ultraman for the Spanish, 10 years later to compete again and above, despite his punctures and other "problems" finish 5th and as an "islet" in the classification Since he has been more than two hours from the room and has left the next male pursuer more than an hour and a half. As I say, this year; crazy!

About Juan Luis Quero To say that it is a joy that the thorn from last year was removed, an edition in which he could not leave in the final classification, finishing in a 14th position with much merit.

Congratulations to all three!

As for more curiosities, comment that Gary Wang is still the triathlete who has participated in more UM world championship championships having finished finisher this year too, and they are already 19.

And how beautiful curiosity, I would say adorable; the participation of Kurt Madden the first man to cross the finish line of the Hawaii Ultraman, and the assistance in his support team of Ardis Bow, the first woman.

And please, eye to the data; Kurt has finished eighth in the world with 64 years (I think it does not matter if there are only 21 participants) doing less than 29 hours in total ... is it or is it not to take off his hat ??? I hope Josef has had the honor of asking him "Where is the limit?" Kurt.

In conclusion; If last year we were expecting a different ultraman due to the change of route, this one expected something special for being the 35th anniversary, and in fact the organization has strived to have an edition with great competition and participation in abundance ... but finally it has It remained in a list of 28 registered, of which 26 have been presented, finishing only 21 in the final classification, within which only two women ...

Compared to the rest of the years, we can say that this year has been a somewhat decaffeinated ultraman with a small number of participants and without the presence of the usual ultraman champions from Florida, Australia and Hawaii, who would have collaborated to add more level at the same time as adding more competition in the first positions, in fact, of the current ultraman champions only came Canada, who is the winner (Jordan), and the 2018 Hawaii champion, who is the one who also won (Tara ). 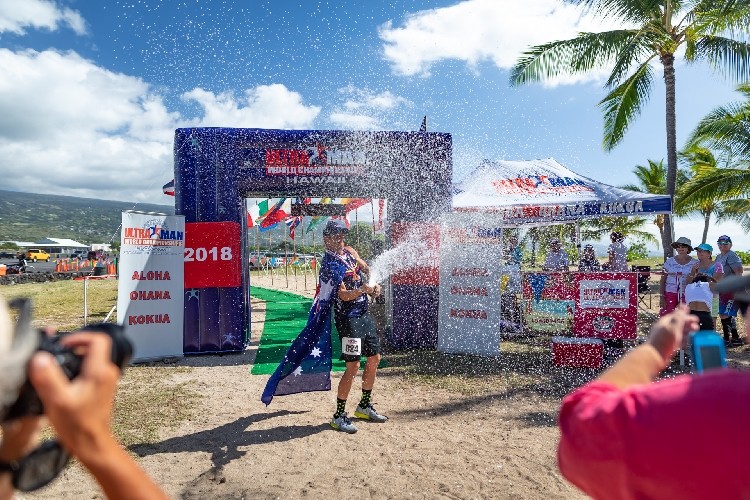 But this is the greatness and the miracle of the ultraman, who despite being a world championship is still a minority test in which few people are willing to leave a lot of money, and only romantics are able to leave the savings of our lives in traveling to compete in the ultraman, that is the greatness and the miracle that, despite everything, continues to be celebrated by maintaining the philosophy, without economic prizes, for the love of sport, and preaching the essence and meaning of the ultraman; aloha, Ohana, kokua (love, family, help).

Ladies and gentlemen: I don't know if I will see it from Hawaii or from Spain next year, but what is certain is that I will see it! And you? 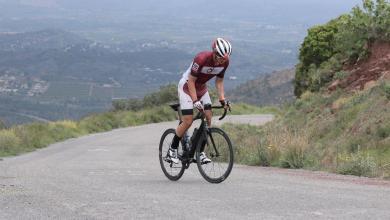 KOA Distance, the ultraman medium will be disputed in October 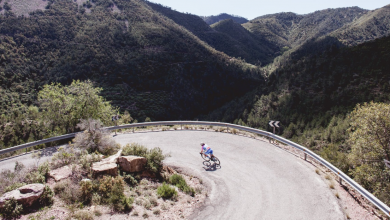 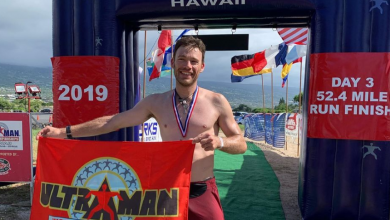 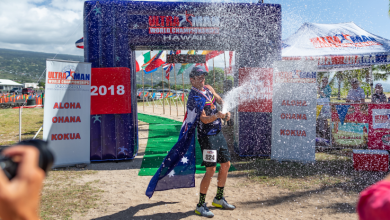 Favorites for the Ultraman World Championship 2019.