The Galician club became champion of the Super League in both categories, male and female, after this last day

With great success in participation and organization, the last day of the First Division National Triathlon League, both in the men's and women's categories, was held yesterday, Sunday, on the beaches of San Juan de los Terreros. In it, the Madrid team CT Diablillo de Rivas won the victory in the men's category, followed by the Arcade Inforhouse Triathlon in Santiago and the Ondarreta Alcorcón Triathlon Club.
In the female category, the winners were the City of Lugo Fluvial, followed by the CT Diablillos de Rivas and the Lider-Esproten-Tritoledo. Being the National Club League, the times of six triathletes per team were added. That sum made the Diablillos de Rivas winner of the pulpileña test, having as a paradox that in the men's category, the winners of the test were Jesús Gomar and Jorge Naranjo, from the City of Lugo Fluvial, who both entered the finish line. .
The sum of the times of the rest of his teammates played a trick on them, since his effort was not enough to take the test, his team being classified in fourth position. In the female category, Estefanía Domínguez Calvo, from the City of Lugo Fluvial, was the first to cross the finish line. The time obtained from the next five of their companions, from the 10 with which they participated, made them take a deserved victory
In the "Villa de Pulpí", it was also decided which teams won with the victory of the Super Triathlon League. The Cidade de Lugo Fluvial, in both the men's and women's categories, won the title of Champions for Galicia.
Emphasize that Iván Raña participated in it, arriving just minutes from the start of the test. Iván Raña came from running on Saturday at the Triathlon World Championship that was held in Germany, specifically in Hamburg. Despite having participated the previous day in such a tough test and coming from Hamburg, entering third position, just six seconds behind the victors, proving that for some reason he has been world champion and several times Spain. In 2005 he was proclaimed Champion of Spain in Pulpí, and in 2006 runner-up, behind Gómez Noya. Raña has been an Olympic Diploma at the Sydney and Beijing Olympics and will be an Olympic at the London Olympics.
Federal satisfaction
The president of the Spanish Triathlon Federation, José Hidalgo, expressed his satisfaction with the great organization, stating that "Pulpí is the Spanish city that has held the most championships in Spain and the most national tests in the last 15 years." To say Pulpi, that is to say triathlon and, therefore, "the adjectives of praise have long since ended."
He is back to the same height that he has been in recent years and the triathlon people are very satisfied. It was a new challenge, a club league with 66 participating teams. The record for participation in this type of competition was broken and 12 remained on the waiting list. "Who could pick up a challenge of this dimension? Well, Pulpí, which is a record city when it comes to organization." It is at the highest organizational level of triathlon in Spain.
The president also wanted to highlight that 25 of the participating teams are in the women's category, "that is, almost 40% of the clubs are women." He also stated that the future of the triathlon in Pulpí "is on the right track." The new municipal corporation is also very committed to triathlon and is very clear that it is a city project and "we are going to be hand in hand with this corporation to support that development."
He also stressed that triathlon has its advantages and disadvantages and "is that it has a great capacity to generate a very important economic impact throughout the region, since more than 1500 people have moved here, two days of accommodation and everything it supposes ».
In addition, he continues to state that there are 66 clubs throughout the national territory, "and what it means right now is to publicize a town like Pulpí, its magnificent beaches and other areas of Almería and the neighboring region of Murcia, in all Spain".
Source: ideal.es
18 July 2011 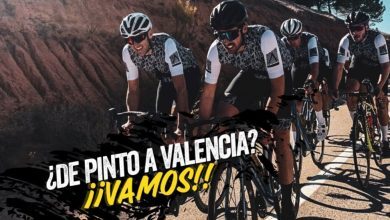 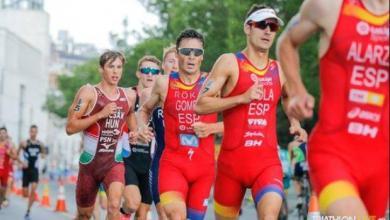 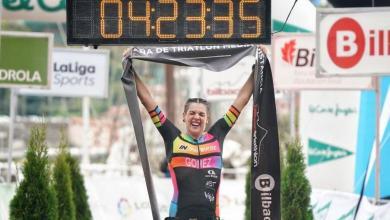