The International Triathlon Federation (ITU) has confirmed the venue for the Long Distance Triathlon World Championship, which will be held in Vitoria on July 29, 2012.

On the other hand, Segovia has been the city chosen to host the 2013 Duathlon World Championship, the appointment will be the month of September of the same year, pending to specify the date. 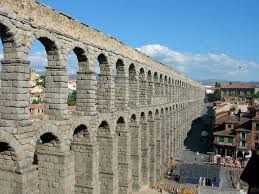 In the words of Marisol Casado “I am very happy to officially welcome Nancy, Belfort, Segovia and Vitoria-Gasteiz, I am sure of the success in holding all these sporting events, I would like to thank all these cities for giving us this welcome and help us achieve the goal of spreading triathlon internationally "

According to statements by José Hidalgo, President of the Spanish Triathlon Federation, “I am very proud of the work and effort made by both Federations to become the headquarters of these international events in the coming years. I want to thank all the presidents of regional federations who are committed to the development and growth of our sport, all of them are a key piece so that, day by day, Spain is a benchmark in the management and organization of international events "

Video summary of the WTS Yokohama 2022

Gustav Iden will run The Championship

Success in the MTRI Alicante

16 May 2022
Sponsored by
Search
Button back to top
Close
Close
This website uses its own cookies for its proper functioning. By clicking the Accept button, you agree to the use of these technologies and the processing of your data for these purposes. Configure and more information
Privacy policy