After his brilliant 2018 where he managed to beat the record rider in the IRONMAN of Hawaii in 4: 07: 30 and after having participated in 8 IRONMAN  where in 5 of them I finish in the TOP 5 of the race has achieved its second victory of the season with its first position in the IRONMAN of Australia, after having won the Cannes Triathlon last April.

The story of Cameron, cyclist and Olympian of Double Scull

Before being a triathlete, he was a professional cyclist for 6 years in which he participated in 2 Giros de Italia and a Vuelta a España. Wurf never excelled in professional cycling although he did share a team with Peter Sagan

But in the beginning he was linked to rowing and came to represent the Australian team at the 2004 Athens Olympics in the Double Scull modality. 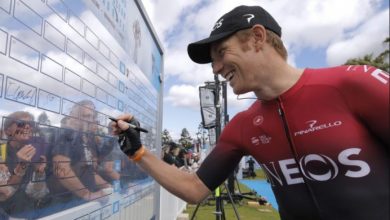 November 2, 2020
Sponsored by
Partner
Button back to top
Close
Close
This website uses its own cookies for its proper functioning. By clicking the Accept button, you agree to the use of these technologies and the processing of your data for these purposes. Configure and more information
Privacy policy