More than two hundred registered in the Jaca-Candanchú Winter Triathlon. The celebration of this sports competition, which returns to the calendar 12 years after its last edition, is mobilizing a good part of the Jacetana society. City Councils of the Valley, Region, State Security Forces and Bodies, Civil Protection, Candanchú Ski Resort, Sports Clubs of the Valley, and more than 50 companies that sponsor and collaborate with the organization, are going to make it possible to compete again. triathlon, which became an international benchmark, becoming the World Championship in 2000. In this return, the Jaca-Candanchú Winter Triathlon exhibits as a cover letter nothing less than the dispute of the Spanish Championship of the modality.

The competition will start on Saturday the 21st at 10:45 am with the start of the female category, while the men will start 15 minutes later. The triathletes will cover a first segment of the 10 km walking race, which will consist of 5 laps of a 2 km route that covers practically all of the historic center of Jaca, starting with Calle Mayor, where the start will be located, in the Door of the Town Hall, following the Plaza de la Catedral, Avenida Jacetania and after a new step along Calle Mayor, the athletes will begin to wander past other emblematic places of the City such as the Church of Santiago or the Plaza del Marqués de la Chain.

At approximately 11:20 the first triathletes will pass to Plaza Biscós to take their bikes towards Candanchú. After leaving through the roundabouts of the Tejería, they will join the N-330 national road, which from then on will gradually cut off traffic heading up to the port of Somport, where the last triathletes are expected to arrive at approximately 14 : 00, at which time the entire national will be free to traffic also in the upward direction. The departure time has been delayed in order to cause the least possible damage to the users of the route who go to the Ski Stations of Astún and Candanchú, so it is insisted that they should go to the Stations before 11:15 am so that they are not affected by the cut of the N-330. The road will remain open in the direction of descent to Jaca at all times.

After those 33 km of cycling, participants will exchange their bikes for skis at the Candanchú Military Detachment, thanks to the collaboration of the Headquarters of Mountain Troops. With the skis on, they will join the Candanchú cross-country ski circuit crossing the Pista Grande area, which will go three turns of 3.300 meters, and which thanks to the work of the Station is in perfect conditions for practicing Nordic skiing . After 10 km of running, 33 km of cycling and another 10 km of cross-country skiing, the triathletes will enter the goal, located in the Biathlon Stadium in Candanchú.

The streets of Jaca, especially Calle Mayor and Plaza Biscós, where the spectacular transition from running to cycling will take place, the crossings of the towns of Castiello, Villanúa and Canfranc, the passage through Pista Grande in Candanchú, and the Biathlon Stadium , will be the most suitable places for the public to witness the competition. 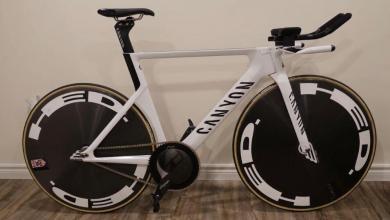 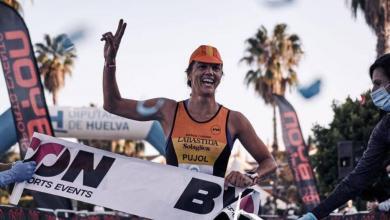 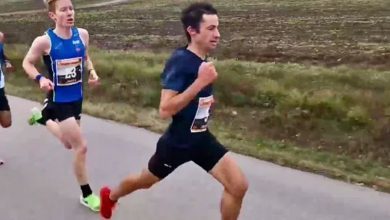