This weekend, on the occasion of the celebration of the Annual Spanish Triathlon Gala, we were able to count on the presence of Victor del Corral in Madrid, an elite triathlete who, during the 2011 year, was tireless to reap success wherever he went.

Among other titles obtained during the past year, its first places on the podium in the European Triathlon Championship Cros, XTerra France and Alpe d'Huez LD Triathlon, as well as its second places in the European and World Duathlon Championships, this last one held last September in Gijón. With the discretion that accompanies him wherever he goes and his eternal smile, we were able to share a few minutes with him during his running training at the Casa de Campo in Madrid

Victor, how are you feeling? How is this year presented and what are the objectives for 2012?

I feel good, with strength. This year my coach is Santi Pellejero, when we did the planning we modified part of my objectives with respect to the previous year. In the long term I would like to focus on the long distance. To this day I feel that the training sessions are giving results due to the feelings I have, but we will have to wait for the competition.

It is true that sometimes it is difficult to plan competitions, because I enjoy competing and I always want more, but you have to be objective and define a schedule. Focusing a little more than other years on Long Distance, this year I will start the season in France competing with the Marville Triathlon Club team in GP Duathlon France, at the end of March.

During the month of April I will take part Half Challenge Fuerteventura to arrive in May than Lanzarote, where I currently reside, and will host one more year its now mythical "IronMan of Lanzarote”, Another mythical will take me to  Zarautz In the month of June. Then  Half Altriman, European Championship of Triathlon Cros, Alpe D'Huez, Embrunman, Nancy Duathlon World Cup, Xterra WC Maui… And well, maybe the Spanish Triathlon Cros Championship and some test that is still to be defined. 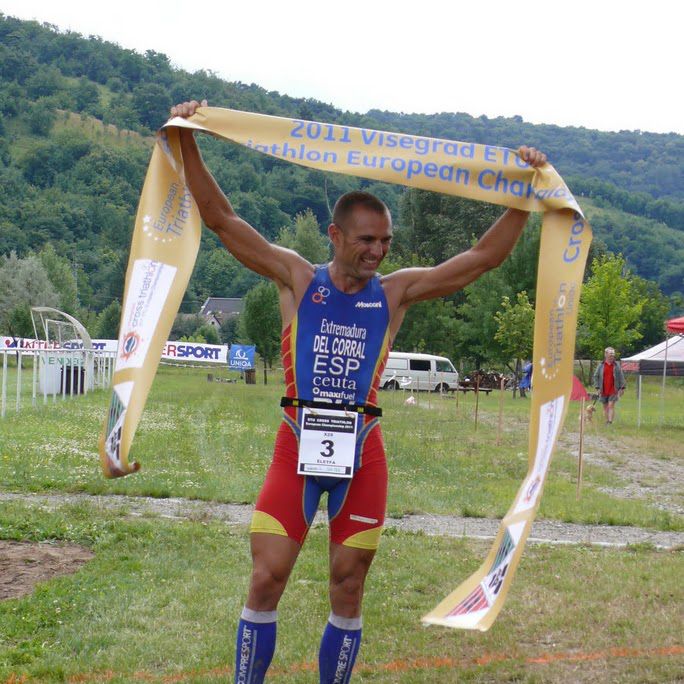 How are the training sessions on the island of Lanzarote, where you currently live within the complex Sands Beach?

Life in Lanzarote is very quiet, this comes in handy to be able to focus on the objectives set and comply with the training. Within the complex there are many athletes, this helps when sharing experiences and different sessions, especially in cycling. In addition, this island meets the requirements for training in preseason, good weather, roads for long bike runs and awareness of this sport.

And how have you been training in the wind?

In general it is easy to carry, you get used to it, you know that sometimes you are going to have it in favor, and others against it, so it is about despairing when you have it against and taking advantage when you have it in favor. An important issue is knowing how to measure the results of training with this variable, since it is according to what wind conditions there are to adapt the rhythms and intensities, since these are not normally planned for these conditions.

For a few months you have been on an ovo-dairy-vegetarian diet. Do you think diet influences training and results?

Yes, I started about half a year ago. At the end of the 2011 season I was reading about this diet and I thought, why not try it? A few days later I mentioned it to my nutritionist, Sandra Sardina, and after evaluating it, we decided to start with it. My feelings are good, at the level of digestion I feel better, I have also lost a little weight, probably by not eating meat I eat a little less fat. In training my results are as expected, my analytics are good to this day and I feel strong, so I am happy with this decision.

During international competitions, you always look very calm. How do you do it? Do you have a trick?

I like triathlon and I like to enjoy sports and competition.
Of course, whenever you go out, you go out to win, but I always think that the important thing is not to achieve first place but to do everything in your power to achieve the maximum of you, if I am satisfied with my performance, I am happy with the result, no matter the position.

I think it is very important, above all, to know how to enjoy the competition, and to be clear that being nervous, or under great pressure, we are going to perform less

After this interview, on Monday morning Victor del Corral, went to the High Performance Center of Madrid, CAR, to perform different tests: electrocardiogram, echo cardiogram, anthropometry, plantar dynamics, locomotor system and treadmill stress test "The truth is that I think everything has gone well, the sensations have been good in the stress test, but until a few days after they give me the results, I won't know for sure! "

We can only wish Victor the best of luck in his exploits and that he continues as he has been up to now, reaping successes and enjoying the Triathlon. 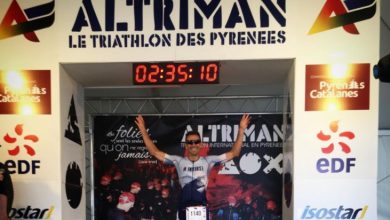