The professional triathlete of Muntanyola, Erik Merino has won for the third time the Half Altriman Triathlon, considered one of the Europe's toughest triathlons and that is disputed in the French town of Matemale.

A total of 450 participants completed the 1.900m swim in the Lac de Matemale, where Merino came out of the water in eighth position, one minute behind the leaders. The cyclist segment consisted of 99 kilometers with four punctual ports and with a drop of more than 2.500m.

The one of Muntanyola raced positions port after port, in a day marked by the sun and the heat (35 degrees), it was lowered to the T2 in second position but with four minutes respect to the leader, also Catalan Xavier Jové.

The 20 kilometers and 450m positive slope graduation was a continuous chase from Erik to Xavier until the 14 kilometer, the highest point of the route, where Merino became the leader of the race and began to gain distance from the second.

Finally he got what has been the third victory in this test. With a 05 final time: 30: 45 and more than 3 minutes I enter Jove and David Dhooge pto complete the podium.

In post-meta statements he commented: "I am very happy with this victory and to be back in the competition, but above all satisfied with the performance during the race, after the month and a half injured by the accident at Cannes International Triathlon.

It has not been an easy victory, but we have not given up and we have fought to the end. 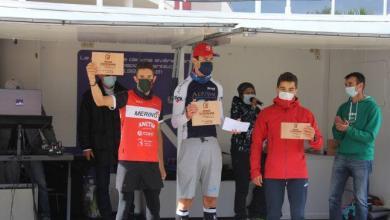 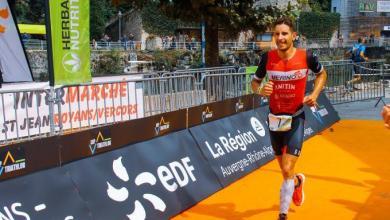