The city of Barcelona has hosted the Barcelona Triathlon European Cup, on sprint distance and with all the security measures to avoid contagion of Covid-19

After the female test where Anna Godoy was second In a tight sprint, it was the turn of the men's event with a high level of athletes.

Among the favorites were Javier Gómez Noya, Kristian Blummenfelt, Gustav Iden. The presence of the incombustible Iván Raña also stood out.

In total 32 Spaniards have participated in the test where, in addition to Noya and Raña, Roberto Sánchez Mantecón, David Castro, Genis Grau or Kevin Tarek stood out among others

The 750-meter swim was carried out at Mar Bella beach in a single lap, the cycling segment of 4 laps of 5 km in the vicinity and the running segment with 2 laps of 2,5 kilometers

First out of the water was Mateus Gluszkowski closely followed by Jamie Riddle, Kevin Tarek and Javier Gómez Noya, leading the entire group of favorites.

After 4 laps of the cycling circuit, a duet formed by Javier Gómez Noya and Kristian Blummenfelt was the first to reach T2 with 40 seconds ahead of a chasing group with Genis Grau and Roberto Sánchez at the head.

In the foot race, finally the Norwegian Kristian Blummenfelt  He was the best, leaving alone and getting the victory in a time of 53:53. Javier Gómez Noya (54:06) has been second and  Gustav Iden (54:26) third.

It seems that Noya, had to stop in a Penalty Box, leaving him without victory options

The Norwegian Kristian Blummenfelt has surpassed the five-time champion of Javier Gómez Noya in the last stage and has finished his victory! 👏

As for the rest of Spaniards, Genis Grau It has been fourth, Roberto Sánchez Mantecón fifth and David Castro seventh 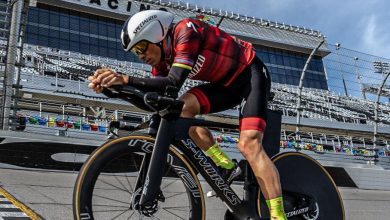 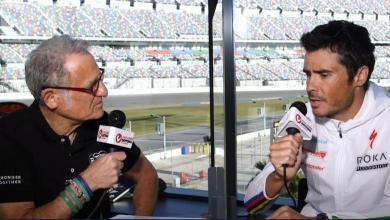 (Video) Statements by Javier Gómez Noya prior to Challenge Daytona 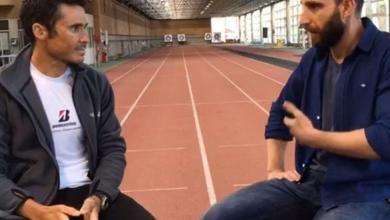 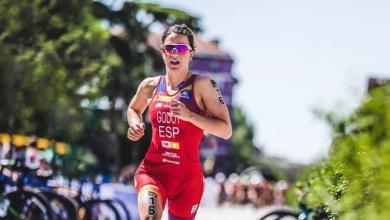 25 october, 2020
Social
We recommend
Search
Facebook Twitter LinkedIn WhatsApp Telegram
Button back to top
Close
error: You can not do this action