The sun has shone and the wind has come face to face Javier Romo ya Tamara Gómez in the thirtieth edition of the Triathlon Villa de Fuente Alamo, which opened this year the international category. In this very special event, the two young triathletes, who had already competed repeatedly in the fountain race, climbed to the top of the podium.

The emotion was palpable in the last meters of both race and the tears of Tamara Gómez to curl the goal reflected the satisfaction after years looking for this position in the already mythical Trifuenteálamo. One hour and 3 minutes was enough for Romo to complete the demanding circuit consisting of 750 meters of swimming, 25 kilometers of cycling and 5 kilometers of running. Little more needed the female champion, Tamara Gómez: One hour and 12 minutes.

The test began on time at 16.45 hours with the departure of the female elite, in the mazarronera Playa de Rihuete. Gomez came out of the water just after the New Zealand Anneke Jenkins, who finished the first segment of the race in first position. Even the port, which has a drop of 352 meters above sea level, could not reach Jenkins. "I had a bad time at the port, but I knew that I had to arrive with Saleta Castro to try to reach Anneke and Laura Gómez, who were ahead," he recalled shortly after crossing the finish line.

"I trusted my race on foot and I went out for everything" since "I wanted to win as it was, I really wanted to win this race". Laura Gomez tried to reach it without success during the race on foot and "pulling head" finished second "and very happy, because running at Fuente Alamo, with the affection of the whole town, is bestial". In the same line expressed the third classified, Noelia Juan, who thanked the volunteers for their involvement and warned the rest of participants: "next year we will return."

Also the first of the boys had a 'thorn' stuck with this test. Last year he was second and in this 2019 he was clear that he would win. And the third was the charm. In his third participation in the Triathlon of Fuente Álamo, he crowned himself as the winner. "I am very happy to be able to win this event," he acknowledged.

He left the water between the first and cut the cycling segment forming a group of four with Jesús Gomar, Jordi García and Víctor Benages. After crowning the port, in what is known as Cuesta de Las Ruices, he decided to leave the group and was able to reach the T2 with an advantage. "From there, I decided to enjoy the test", acknowledged the absolute winner of the thirtieth Triathlon triathlon edition. They completed the men's podium of this landmark edition Jordi García and Jesús Gomar, who was still exclaiming at the finish line: "this triathlon is a marvel".

Their names are already engraved by fire in the history of Fuente Álamo. Tamara Gomez acknowledged having "a lot of love for this triathlon and is proud to win the thirtieth edition." Romo ratified: "Whenever you can, you have to come to this triathlon." 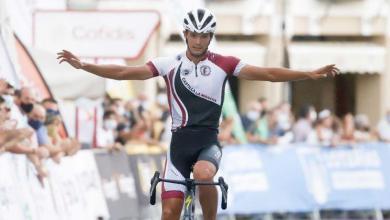 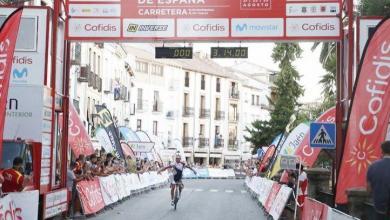 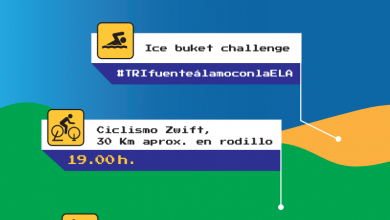 Trifuenteálamo will hold a virtual test on Saturday 16 25 March, 2020
Social
We recommend
Search
Facebook Twitter LinkedIn WhatsApp Telegram
Button back to top
Close
error: You can not do this action