La Nucía, in the Valencian Community, will host the Spanish SuperSprint distance championships for Relay / Couples, for Clubs and the new competition for 2 × 2 Clubs.

On Saturday, May 8, in the morning session, the Spanish Championship of Duathlon SuperSprint by Clubs.

This test “will be a format very similar to PRO Tour FETRI, with preliminary series of the different teams that are part of the National League of Duathlon Clubs, classifying a certain number of athletes for the final ".

Jorge García explains that “The final will be played in a Double SuperSprint Elimination format, in which the athletes will be eliminated as the segments are completed".

In the afternoon, the Spanish SuperSprint Duathlon Championship for Relay / Couples will take place, “as has been done in Triathlon in recent years.

On Sunday, May 9 in the morning, the Spanish Championship of Duathlon SuperSprint by Clubs 2 × 2

The first pair will cover the first SuperSprint and the second will be added, which will continue to pass through the Relay zone again but with the company of the third pair of relievers.

Undoubtedly "a competition of great intensity and we hope that it will be very fun for the duathletes”, Jorge García also adds. 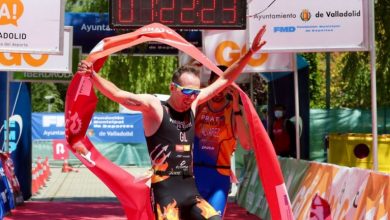 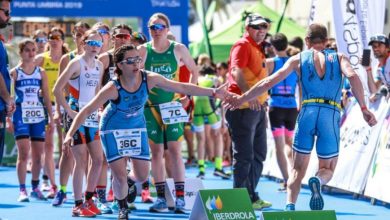 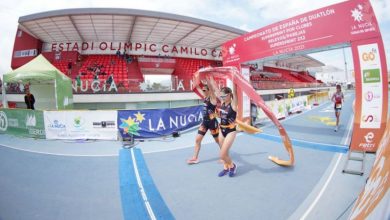 October 18, 2020
Sponsored by
Partner
Button back to top
Close
Close
This website uses its own cookies for its proper functioning. By clicking the Accept button, you agree to the use of these technologies and the processing of your data for these purposes. Configure and more information
Privacy policy