Many will be the triathletes who participate in this test, but among the favorites stand out Lionel Sanders y Pablo Dapena.

Lionel Sanders, comes to win with authority last weekend on IROMMAN 70.3 Indian Wells, so it is postulated as the great favorite for victory.

Pablo Dapena, which has been about weeks without being able to run, is already recovered and will participate in the test with the objective of continue adding points for the Bonus Challenge, where he is currently in fifth position.

If he finishes second in the test he could finish in the second final position of the Ranking while if he finishes in third position he would share the third place.

Pablo, who got his qualification for the IRONMAN World Championship 70.3 from Taupo in the past IRONMAN 70.3 Buenos Aires, and took the victory in the Cape Town Challenge, last test that participated last November 10

As for the rest of the favorites, we found Adrew Starykowicz, Taylor Raid, Tyler Butterfield o Eric Lagerstrom among others. Alberto Casillas he will also be in the test

In the female category, the presence of the runner-up of the World stands out Lucy Charles, which part as the great favorite although triathletes like Lisa Norden, Chealsea Sodaro, Paula Findlay o Laura Sidall among others they will not make it easy for you.

Challenge Daytona It is a medium distance event, which takes place within the Speedway circuit, home to one of the most important NASCAR races in the world. Within the complex you can swim 1.900 meters in Lake Lloyd, one of the icons of the circuit.

In the cycling segment if he leaves the venue, but will return and take several laps in it to finally leave the bicycle and start the race on foot. This segment will take place in two laps around the circuit, undoubtedly one of the most spectacular foot races on the Challenge Family circuit. 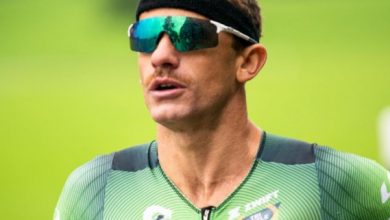 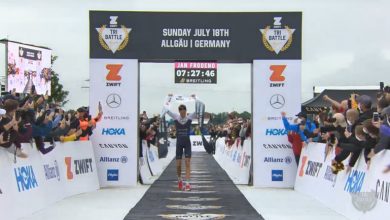 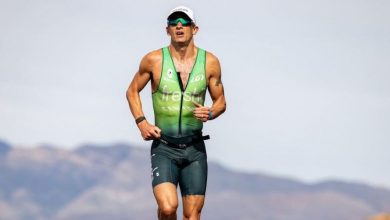 What happened to Lionel Sanders at the IRONMAN Coeur d'Alene?