This coming weekend they will be held in the German city of Hamburg that Triathlon World Championships and mixed relays.

This test will be the only one of the World Series to be played this year and that is why will host the a single test worlda, which has not happened since 2008.

The test will be marked by the absence of Javier Gómez Noya and it will be disputed on Sprint distance.

Mario Mola favorite to get his fourth world cup

Mario Mola appears in this test after having obtained the minimum for the Spanish Championship of 5.000 m on the track, with which he comes to the appointment in good shape.

It will depend on the swim segment to see if you can go out with the leading group and keep up with the best on the bike.

Fernando Alarza, comes to the test with great enthusiasm, after having achieved the national title in Pontevedra for sure he will be fighting with the best until the end

In addition to Mola and Alarza they will be in the test Vicent Luis, World Champion in 2019, Richard Murray, Alistair and Jonathan Brownlee, Alex Lee, Kristian Blummenfelt, Gustav Iden o Carper stornes among others.

Katie Zaferes the rival to beat

It can be followed live through the website of TDP and the portal Triathlon Live of the ITU. 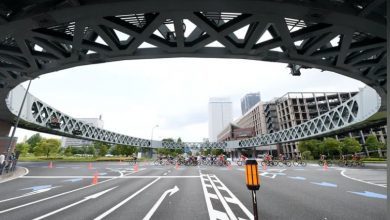