Pablo Dapena, will compete again in the long distance, it will be in the Challenge Madrid, test in which he participated last year, obtained the European runner-up being second in the competition.

Now he returns with desire to this test, after a great season and betting on the Bonus Challenge, since he has to complete an LD test to be eligible for it. Last year he shared the award with Sebastian Kienle, as they ended up tied on points

Challenge Madrid that this year premieres new travel, will be held on September 22 with departure in San Martín de Valdeiglesias (Sierra Oeste de la Comunidad de Madrid), the town that for the second consecutive year will have the blue flag on the beach where the swimming sector will be held. It is the first inland beach with a blue flag in the Community of Madrid.

The 180 km cycling segment will be developed through the Sierra Oeste de Madrid where the mountainous terrain predominates, giving way to other lower areas where the Alberche and Perales rivers flow. The variety of landscapes, as well as the relief and the plant species that can be observed, are very valuable since this region runs between 500 and 1500 meters of altitude.

The walking tour in the center will be 4 laps that runs mainly through the Calle Mayor, the Almudena Cathedral, the Royal Palace, the Plaza de España, Paseo de Camoens and the Temple of Debod. At its end, on the last lap, the foot race will enter Puerta del Sol for its arrival at “Km 0”, where the Goal will be located.

The 2019, a great season for Pablo Dapena

Pablo is having a great season this year, where last weekend he got third place in the Challenge Prague, where he has already obtained podiums.

With the third place achieved in Prague, he has added his third podium in Challenge tests, in addition to second place in Salou y Lisboa 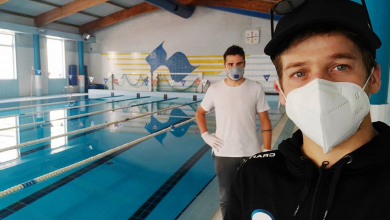 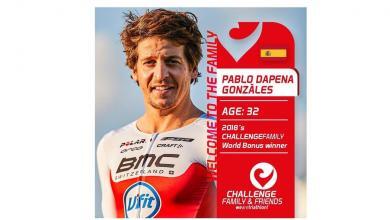 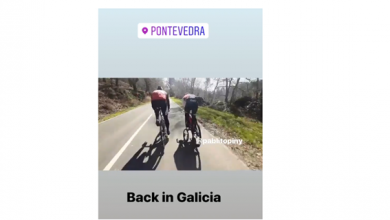 Javier Gómez Noya and Pablo Dapena training together in Galicia