In a weekend full of national and international events held in the same setting as the second of the events of the World Triathlon Series, we have had the opportunity to enjoy the Paratriathlon event.

At 12.45 on Saturday morning, about thirty paratriathletes gathered next to the starting pantanal of the Casa de Campo in Madrid, to compete in this modality: A clear example for all of what courage and eagerness means of overcoming.

Fighting paratriathletes and committed to sports, organizers and volunteers involved in giving their best and the tireless applause of hundreds of spectators, resulted in one of the most exciting and emotional moments of the entire weekend.

The Spanish Triathlon Federation announced in December 2010 that Paratriathlon became part of the Paralympic Sports family.

The decision was made that same month, at the meeting that took place in China, of the Governing Body of the International Paralympic Committee. In Guangzhou they agreed to add, the discipline for disabled of Triathlon, like Paralympic Sport. The premiere will be, in Rio de Janeiro, at the Paralympic Games that will take place from September 7 to 18, 2016. Spain, with FETRI at the helm, is one of the countries that has contributed the most to achieving this decision It will be carried out. The support for this sports discipline has been clear, continuous, always positive and above all, exciting.

Its beginnings took place in the test of the 'World Championship Series' in Madrid in 2009 and since then, it has grown exponentially, reaching a database of more than 150 disabled athletes, interested in the Paratriathlon.

Spain was one of the first countries to include, in a 'World Championship Series', a Paratriathlon event. Also, it has been one of the countries that has most promoted the development of its paratriathletes, at all levels, and that has once again demonstrated it at the Second Date of the 2011 World Series, held this weekend in Madrid. FETRI is one of the few federations in the world that have trained and specialized technicians in this regard.

The Spanish Triathlon Federation has been one of the first federations to formalize, Paratriathlon, as the Spanish Triathlon Championship, first and then Duathlon. A constant and rewarding commitment to athletes. The new world champion, Javier Gómez Noya, has already shown his support for this initiative. That he qualified this possibility as determining and very positive. The TOPs of the World Triathlon expressed their commitment. «Having Paratriathlon, at the Paralympic Games, will have a tremendous impact on paratriathletes and on society. The world public must be allowed to learn the value of the Paralympic Games; courage, determination, inspiration and equality ».

From the Spanish Triathlon Federation one of the most fervent wishes is to support and promote triathlon among people with disabilities. Fighting for paratriathlon to be recognized worldwide is our goal.

They put their effort, an example of people with great determination to achieve their goals, we must fight for their promotion and recognition. An example for all of us who practice this sport. 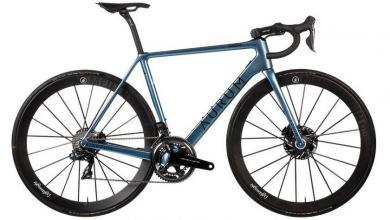