There are less than 2 weeks left until the most important test of the year, the Challenge Daytona, which will bring together the best stars of this sport.

La situation in the USA due to Covid-19 is very worrying and proof of this is the suspension a few hours ago of the IRONMAN 70.3 Florida which was to be played on December 13 in Haines City,

In fact and after this suspension, IRONMAN has decided not hold more events in the USA in this 2020.

This suspension adds a point of concern about the Challenge Daytona dispute that is scheduled to be held on December 6.

The worrying situation in Florida

The contagion curve in Florida does not stop growing and yesterday, Monday, 6.331 new cases and 96 deaths were reported, reaching the sum of 18.310 deaths in this state.

A map produced by the Harvard Global Health Institute indicates that 47 of the 67 Florida counties are in the "red zone", that is, on the edge of an uncontrolled situation.

Volusia County, where Daytona is located, although it is one of the least affected, has already moved into the orange zone, according to data from the New York Times.

In addition, the United States surpassed the barrier of 12 million cases on Saturday, just six days after reaching the figure of 11 million infections.

With these data and seeing the suspension of various competitions in the USA, all eyes are on the organization of Challenge Daytona. 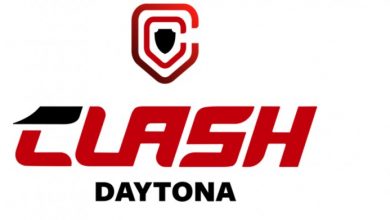 The Valencian Community will allow sporting events of 1.000 people

26 April 2021
Sponsored by
Partner
Button back to top
Close
Close
This website uses its own cookies for its proper functioning. By clicking the Accept button, you agree to the use of these technologies and the processing of your data for these purposes. Configure and more information
Privacy policy