The International Triathlon Union, together with the Abu Dhabi Sports Council, has made the decision to postpone the World Series, the Paratriathlon World Cup and the mixed relay that were to be held next week in  Abu Dhabi

They have followed the recommendations of the WHO

Although Abu Dhabi authorities are working on measures to ensure the safety of all athletes, coaches and Staff, due to the new recommendations of the World Health Organization for the spread of the virus, the ITU and the Abu Sports Council Dhabi have tojointly rolled Postpone the event.

There is still no date for the test, although it will be in March or April

The ITU, the local organizing committee and the Abu Dhabi Sports Council are looking for possible dates to relocate the event later in March or April.

It was planned that about 300 elite athletes and more than 2.500 groups were at the starting line in the different tests of the WTS Abu Dhabi.

On Thursday the UAE Tour was already suspended

The suspension of the cycling tour UAE Tour, due to the contagion of two Italian cyclists in the squad by the coronavirus. already made provision for the postponement of the WTS:

Both the cyclists, the teams and the journalists who were covering the test yesterday received a note prohibiting them from leaving the hotels.

Specifically they are housed in the Yas Marina Hotel, located next to the speed circuit, and the Hotel Crown also in Abu Dhabi

The World Series circuit is located at the same point where cyclists are isolated, next to the speed circuit where the competition is held 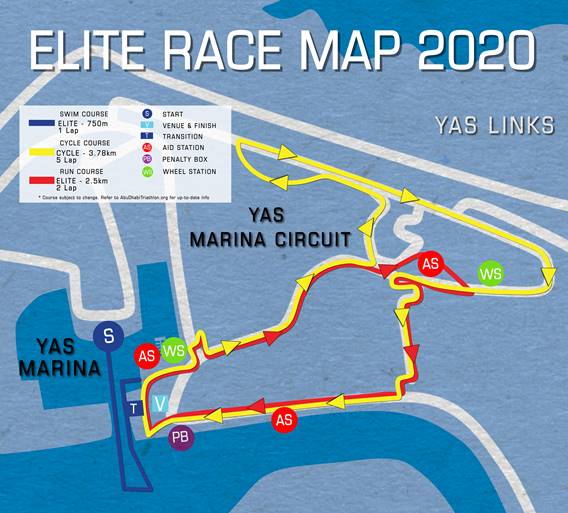 The world series were to be played on March 6 and 7 in Abu Dhabi and we will have to wait for the new date.

Where to watch the Montreal World Series?

23 June, 2022
Search
Sponsored by
partners
Button back to top
Close
Close
This website uses its own cookies for its proper functioning. By clicking the Accept button, you agree to the use of these technologies and the processing of your data for these purposes. Configure and more information
Privacy policy