Austral takes up this test that had its origins in 1986 in the sardinero. Next September 27 and 28 Santander will host the first edition of what has been called the "Triathlon of the Historical", Coinciding with the celebration of Championship of Spain of Clubs, in a test that will feature the presence of renowned triathletes from the 80 and 90 years that today continue to be linked in one way or another in the world of triathlon.

A complete weekend of triathlon that will cover two different days. On Saturday, the 15.00 will be held in the afternoon the test of the "Historical" along with a popular sprint distance triathlon where both federated and non-federated triathletes can participate. The 16.30 will be given the start of the Women's Promotion and the 17.30 the Men's Clubs Promotion.

The 28 Sunday of September from the 09.00 in the morning will be when the exits to the first and second division tests both male and female, in a spectacular circuit in the urban area with full cut to traffic that will offer some unbeatable tours. for the participating triathlete with all the guarantees of safety in it.

Austral, promoter of this initiative began its journey in the year 1986 when it hosted the I Triathlon of Spain that marked a milestone in the development of this sport by making known this new sports specialty, to continue then in 1987 with the I White Triathlon in Reinosa , where the winner was the renowned athlete Perico Delgado, who was followed by several sporting events.

This 2014 resumes its beginnings as the host city, which will host reference triathletes of the 80 and 90 years where we will be able to compete Eduardo No, Javier Berasategui, Alfredo Olabegoia, Iñaki Arenal, Angel y Carlos Santamaría, Carlos Lerin, José Juan Ayet y Ricardo Hurtado among others, where the Company Manager will be present, Eduardo de Pablo, as well as the President of the International Triathlon Federation, Marisol Married, in an incomparable event.

Austral, manufacturer of sports equipment, today is the sponsor of the Spanish Triathlon Team and dresses in the same way to many clubs in Spain, both in triathlon and other sports offering quality, price and excellent service to through your web application of individualized purchase.

All the Triathlon of the Historical information in: http://www.triatlondesantander.es/

If you want to know more about the equipment: www.austral.es 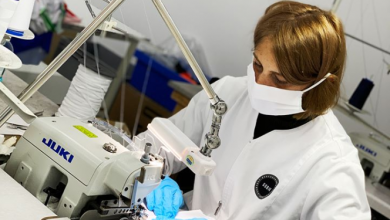 The solidarity of sportswear brands to combat the coronavirus 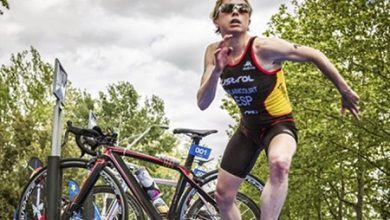 Austral incorporates the ON HIDRO fabric in its garments 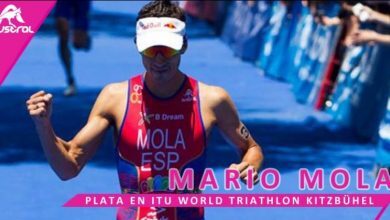 11 July 2013
Social
We recommend
Search
Facebook Twitter LinkedIn WhatsApp Telegram
Button back to top
Close
error: You can not do this action