In its second edition, the Bonebreak Triathlon cataloged as one of the toughest in Spain, it is established as a reference of hardness in the medium distance triathlon calendar.

Swimming in the reservoir of Lanuza and touring part of the mythical circuit March Biker Lammergeier, with more than 3.500 meters of unevenness in cycling and 500 meters in the foot race promises to all the participants a unique experience.

Amancio del Castillo, career director with great experience in the world of triathlon as a federated athlete since 1996, Career Organizer since 2006 as well as federative experience, tells us the origins of the Osprey

When and how did the idea of ​​creating the BONE CREW TRIATLON?

What is special about this circuit? What makes it different from other triathlon tests and what does it offer the triathlete?

Since we started the first visits to the area I realized that the test was going to be special. It takes place in an incomparable setting that seems to be taken from a story. It does not fail even the smallest detail.

Starting from swimming in the Natural Auditorium of Lanuza (the name says it all), continuing through one of the best known and toughest cycling areas of the peninsula and ending with a walking race with enviable views.

Apart from the environment, the hardness of the bike and race sectors make it the challenge that every triathlete should propose, but at the same time being affordable for those looking for new challenges. Then there is the treatment to the athlete, to whom all the services of a great event are provided, but in a privileged place and with a totally personalized treatment.

How do you live in the area Triathlon? And what resources at the technical and human level does the creation of an event of this magnitude entail?

The triathlon has meant a different commitment to sports in the area. Sallent de Gállego and its surroundings base its economy on active tourism, both winter and summer, which causes them to turn into such innovative events such as triathlon.

They are very aware of the cycling tour, but triathlon has broken their schemes to be a different sport. The difficulty of performing three sports disciplines and coordinating everything involves a low-valued material and human investment.

At the logistic level it could not be developed without the full involvement of an organizer of large events. In the human aspect, the same number of volunteers as participants were available, which is indicative of the treatment given to the athlete.

What message would you send to triathletes to encourage them to participate?

Tell them that if they want to run a great test of quality, with a family treatment, and that it is unique for their hardness and beauty, that they try with the QH, they will not be disappointed.

The bonebreaker triathlon will be held on July 7. 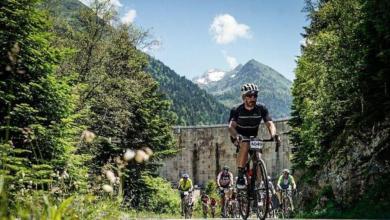 The Bearded Vulture 2020 is permanently suspended 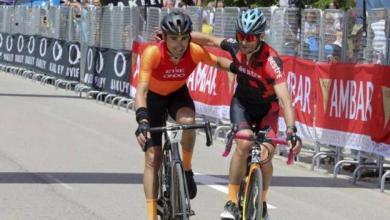 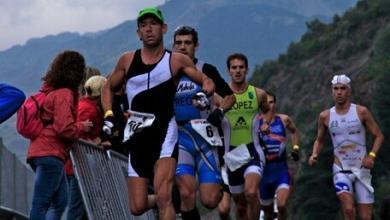 Tomorrow the inscriptions for the Boneless Triathlon are closed