If you are looking for an excuse to go on vacation to the Pyrenees and unite the passion of triathlon and active tourism, the third test of the Tritour circuit may be your option.

El TriTour Pont de Suert To be held on July 4, it is one of the most important triathlons in the Pyrenees, in addition to hosting another year the Catalonia Triathlon Championship.

Pont de Suert is located in Lleida, in the Alta Ribagorza region and borders the Aragonese Pyrenees

The test has two distances to choose from, Sprint and Olympic, and is ideal for those who like mountainous circuits.

The swimming is held in the beautiful Pantano d'Escales, the cycling segment in the Vall de Boí and the foot race around the Noguera Ribagorzana river.

As for the clubs, there is a specific classification for them, where there must be a minimum of 5 members of each team to be eligible for it,

This year the third event of the circuit, the Pont de Suert Triathlon will once again be the Absolute Catalan Championship.

€ 20 discount for the Tritour Amposta

Triathlon News offers you 20 € discount to participate in the second appointment of the Tritour, the Amposta Triathlon in the medium distance test

This is the calendar of the circuit with this year's tests 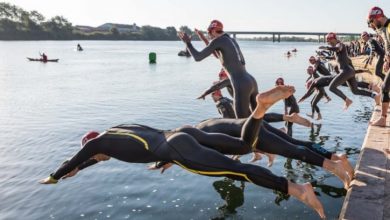 The Tritour circuit kicks off the 2021 season in Deltebre

16 January 2021
Sponsored by
Partner
Button back to top
Close
Close
This website uses its own cookies for its proper functioning. By clicking the Accept button, you agree to the use of these technologies and the processing of your data for these purposes. Configure and more information
Privacy policy