Half Madrid is the new Mid Distance Triathlon that will host the city of Madrid. The chosen date has been May 31 with the Country House as headquarters.

Great reception of the new project in the capital.

The Half Madrid opened registrations on February 18 where it has already sold almost 50% of its seats in the first 24 hours of opening, which will have a discounted price until 17 hours today, Thursday, February 20.

This afternoon at 17:00 p.m. The reduced price will end to enroll in the first edition of the test.

Enrollment limit in its two distances

The two competitions, both the Shorts such as Half They have a limited number of registrants, so at the rate of registration, there will not be much time to register.

The Country House, the epicenter of the event

All the elements have been polished to be able to present a test with the greatest attractions for triathletes.

Swimming will be in the lake of the Casa de Campo, from where the novel cycling route, just one lap, spectacular to enjoy riding on the bike.

On the way back to Casa de Campo, the running race takes place in a unprecedented journey to Madrid Rio, with the goal in the King's Bridge, which will allow a comfortable follow-up for public and companions.

Objective: to be a national reference in the middle distance

Half Madrid was born with the goal of being a national reference and The organization is working to take full care of all the details.

There is already a definitive date for the Half Madrid Triathlon 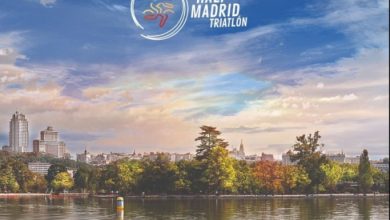 Half Madrid already has a new date 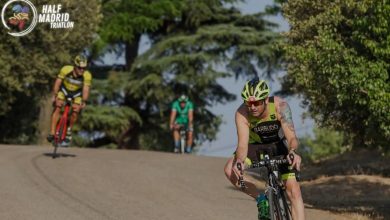 Half Madrid postponed days before its celebration

27 May 2021
Search
Sponsored by
partners
Button back to top
Close
Close
This website uses its own cookies for its proper functioning. By clicking the Accept button, you agree to the use of these technologies and the processing of your data for these purposes. Configure and more information
Privacy policy