Bad weather forced the swimming to be canceled, converting the test into a demanding duathlon

The Mallorcan Guiem Tomeu Vadell and the Menorcan Núria Sbert were imposed this Sunday from beginning to end in the first edition of the Triatló Olímpic Son Bou, proof that it is sponsored by the Fundació Foment de Turisme de Menorca, and that it had to be modified due to bad weather.

Bad weather forced it to be converted into a duathlon

The conversion of Son Bou into an Olympic triathlon circuit was postponed by a important south component wind which caused a rough sea that prevented the maritime personnel of the Red Cross from reaching Son Bou.

The judges of the test, given that the safety of the participants could not be guaranteed and the sea was very rough, decided together with the organization play a duathlon.

Thus, the participants began traveling 1.500 meters prior to the transition to bicycles.

The output, following the established protocols, was carried out in a staggered manner every 10 seconds and in outputs four at a time. It was practically the only moment that Vadell did not lead the race since he came out in the second turn.

3 laps by bike with 1.000 meters of elevation gain

The great challenge of the race were the 3 laps that the participants had to compete joining Alaior and Son Bou for a total of 40 kilometers with a difference in altitude that surrounded the 1000 positive meters. A legbreaker that soon defined the classification in favor of Vadell and Sbert, who took the initiative.

In men, the Mallorcan arrived with enough minutes to the second transition so that he was able to dose the efforts in the 10-kilometer stretch on foot on asphalt, Camí de Cavalls and the beach itself.

In females, Sbert controlled the race at all times, crossing the finish line with 2:30:46, followed by the ciutadellenca Gemma Marqués (2:36:50) and Ana Bueno (2:40:12), who took third position from the triathlete from Ciutadella in the last kilometers, Belén Vivó.

It was a sporty and safe morning in Son Bou, hot and demanding, in which the Maquinots team, with Francesc Cavaller, Josep Taltavull and Tolo Allès, prevailed in the men's category, and Dani Marqués, Dani Pieres and Clara Anglada did the same in mixed.

The inclusion of Son Bou as an Olympic distance circuit further broadens Menorca's offer for lovers of swimming, pedaling and running and opens them to a new setting such as the Camí de Cavalls, a different, demanding route, surrounded by absolute nature , and that shows the most natural version of Menorca.

The test will continue in April

The organization handles the idea that the Son Bou test will settle in the month of April, keeping the Half distance in September, in Fornells, a test that had to be suspended due to COVID19. 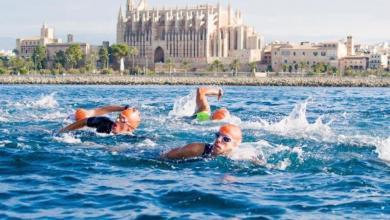 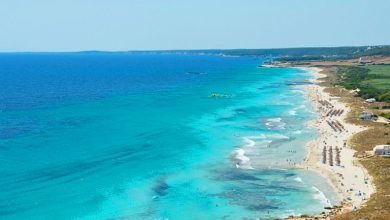 Menorca will have a new Olympic triathlon 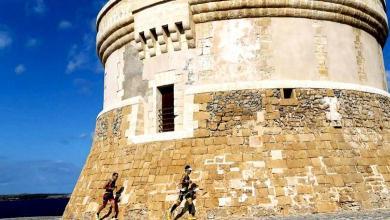 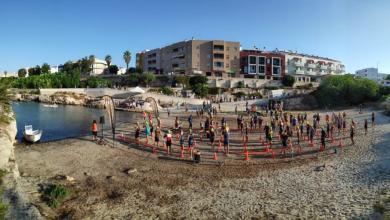 The triathlon returns to Menorca

4 August 2020
Social Networks
We recommend
Search
Facebook Twitter LinkedIn WhatsApp Telegram
Button back to top
Close
error: You can not do this action