Three of the biggest European duathlon figures and one of the leaders of the female long distance triathlon Virginia Berasategi will take part next Saturday in the Gernika Duathlon, the star test of the Basque season.

Organizing group of the event, Urdaitri Triatloi Taldea, will feature at the starting line the 2009 world champion and 2010 world runner-up, the Belgian Rob Woestenborghs, and the current European champion and runner-up, the Russian Serguei Yakovlev and the Spanish Victor del Corral.

The fight for the top positions will be joined by Australians Ralf Baugh and James Attad and José Manuel Tovar, the man from Cáceres who became the Spanish triathlon champion in 2009.

Among the inscriptions for women, Virginia Berasategi stands out, champion of Europe and Spain in long and fourth triathlon in the famous Ironman of Hawaii, but since Gernika's is a short test it will have the direct competition of Inmaculada Pereiro.

The promoters limit the registration to 400 participants for a good control of the test, which will have two sections of running on foot of 5,2 and 2,5 kilometers and, between one and the other, a cycling segment of 23 kilometers.

While the walking race will be carried out through urban areas of Gernika, participants will take a bike tour of the paved routes of the Urdaibai reserve, which includes passing through Kortezubi and Arteaga and turning on Laida beach to return. to the town of Gernika, an itinerary with abundant speed bumps and the climb to Labakoa, just 3 kilometers from the entrance to the pits for the last leg on foot.

This Biscayan event, which integrates an exhibition of duathlon and triathlon materials throughout the day on Saturday, will precede in a week the dispute of the 2011 Spanish championship in Soria.

Spain gets 2 podiums in the Belgrade Junior Triathlon European Cup 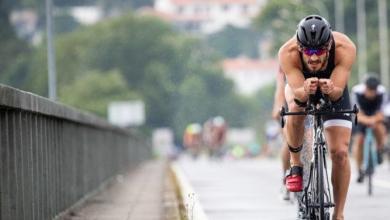