Our friends Crown Sport Nutrition, they tell us on this occasion how caffeine affects athletes, since not everyone sees its benefits in the same way.

In other articles they already told us, for example, what is the best way to take caffeine or the benefits of your new specific coffee for the athlete.

Today from the hand of Pedro Valenzuela, they tell us the reality about whether the benefits of caffeine in sports performance affect us all equally.

Is caffeine beneficial for athletic performance?

Caffeine has broad scientific support which indicates that it is one of the best supplements that exist, since it can improve sports performance by increasing the activation of the Nervous System.

It does this by increasing the production of catecholamines and endorphins, increasing muscle activation.

It also helps to reduce the sensations of pain that sports can cause at high intensities, improving tolerance to this type of effort.

Various studies have shown that caffeine benefits athletes from different disciplines, improving on average 3-4% its performance in endurance tests.

It has also been shown that in muscle power and strength tests it can improve your performance.

Does the benefits of caffeine affect all athletes equally?

This is a point that had not been investigated much until recently. A systematic review has concluded that there is great variability in the effects of caffeine between different athletes (Between 0 and 17% improvement).

Based on this, various mediators in caffeine responses were proposed, such as, for example, whether or not one is accustomed to its consumption, since it could have less effect on people who are accustomed to ingesting it.

However, a recent study showed that consumption of 6 mg / kg weight improved performance in a time trial even in the athletes who were used to drinking 3 coffees a day.

Another study investigated the response that one might have biologically to caffeine, separating between "responders" and "non-responders."

To do this, they selected soccer players by dividing them into groups of 'responders' or 'non-responders' based on their physiological response to the consumption of 6 mg / kg caffeine, performing various running and jumping tests.

The final results showed that caffeine improved performance about the same in both 'responding' and 'non-responding' players.

Another factor to take into account is the athlete's genetics, where the individual response (dependent on the CYP1A gene) has been studied.

For this has differentiated between fast and slow metabolizers. The slow ones are those in which the caffeine remains in the body longer and may develop some long-term adverse effects in high intakes.

A recent study observed that ingesting 3 mg / kg caffeine produced the same benefits in various physical tests of both strength and power in fast and slow metabolizers.

The ADORA2A gene, the "non-responder"

In recent research it has been detected that there is another determining gene to be a "non-responder", ADORA2A.

Research shows that at least 84% of people could be considered "non-responders", and that they could obtain benefits in the performance after the ingestion of 3 mg / kg of caffeine.

Finally, there is a hypothesis that suggests that sometimes the same people could have benefits and, that in others, they would not have them after the same caffeine intake.

That is, all people could be 'responders' at some point

To try to answer this question, a study evaluated the effect of taking 3 mg / kg caffeine on 8 different occasions on the same participants.

The results showed that all participants improved their performance (1 - 9%) on at least 3 of the 8 occasions compared to the placebo group.

All this indicates that people who at one point may be considered "non-responders" could benefit from caffeine intake on subsequent occasions.

Caffeine is beneficial to practically everyone almost independently of genetics or how you are used to using it.

In fact, even people who at a certain time do not obtain benefits from their consumption, could obtain them on subsequent occasions.

You can check Crown Sport Nutrition caffeinated products on their website:  https://crownsportnutrition.com/ 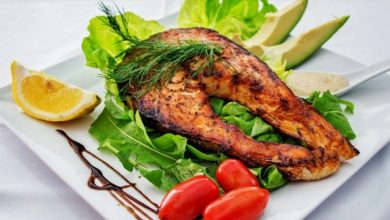 Ketogenic Diets: Are They Effective For Endurance Sports? 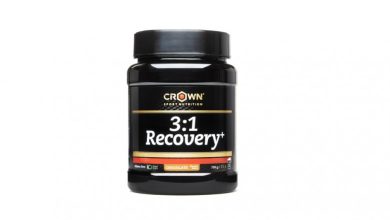 3: 1 RECOVERY muscle recovery for after training

Do you have to combine protein and carbohydrates to restore glycogen after training?

Stomach aches in sport What can be done to avoid it?