The Spanish startup Becrit launches the first range of sweet smoothies prepared on the basis of insect protein.

Challenging cultural and social prejudices western around these animals, the Becrit proposal seeks integrate this protein in the Mediterranean diet, considered one of the healthiest in the world, in order to reduce the consumption of animal protein and thus respond to the challenge of sustainability of the planet.

Becrit has arisen from the passion for gastronomy and the concern for climate change of two young entrepreneurs: Sergi Playà and Daniel Morató, co-founders of the firm.

Playà was chosen last February as one of the young entrepreneurs under the age of 30 who joined the list of «100 Gastronomy Talents 2020«, Prepared by the Basque Culinary Center.

The smoothie making process is very simple: it starts with the roasting insects, and then they grind to get the flourwhich will be the one will mix with flavor ingredients to get the different variants.

In addition, Becrit alsoadd superfood to your smoothies, to provide a extra antioxidants and vitamins that makes them a complete food. 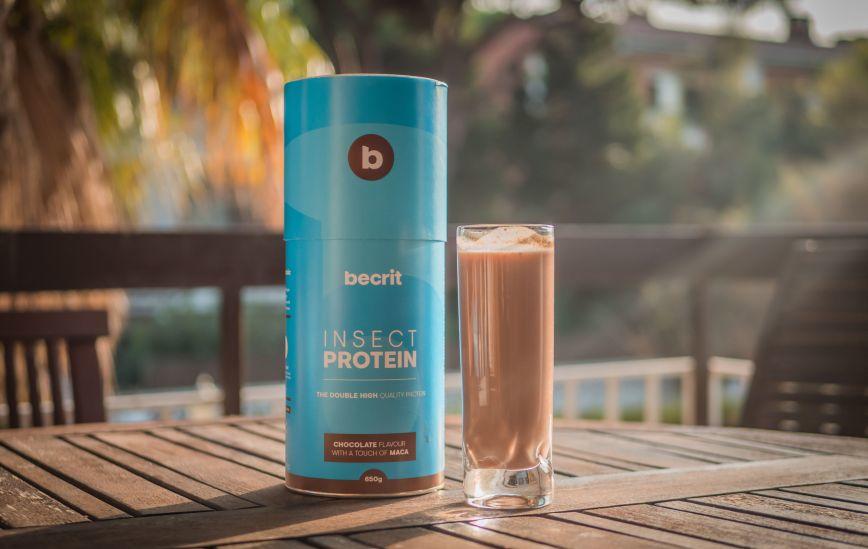 The flavors available are:

• Strawberry with white chocolate and a touch of baobab, which provides anti-inflammatory and antioxidant properties.

• Vanilla with coconut and a touch of cinnamon, which combines the freshness of the coconut with the sweetness of the spice.

• Chocolate with maca, plant native to Peru that improves endurance, the functions of the endocrine system and is known for being a natural antidepressant.

With Becrit's protein bug powder, lactose and sugar free, the firm makes the smoothies, but the applications of this flour can also give a greater nutritional contribution to smoothies, adding fruits, or pastry recipes such as cookies, pancakes, muffins ...

What benefits does this type of product provide?

The benefits of introducing insect protein into the Mediterranean diet are provided by the figures:

The Becrit protein comes entirely from a single species of insect, andl buffalo worm or tenebrio molitor, commonly known as mealworm, whose larvae are raised on a Dutch farm, the largest in Europe and among the largest in the world, for breeding insects for human consumption.

This farm has more than 40 years of experience, controls the conditions of its breeding through periodic inspections to ensure the highest quality of insects and its validation for human consumption.

Do not use antibiotics, hormones, or pesticides

Además, follows EU and FDA directives andtherefore, it does not use antibiotics, hormones or pesticides.

Protein shakes are just the beginning of Becrit.

The firm is already preparing formulas for new launches of other food products, as well as in protein chips, snacks, protein paste, burgers... and all based on pinsect rotein.

The objective is to introduce high quality and environmentally sustainable foods into our daily diet.