It is very important that our body covers the amounts of Omega 3 weekly. The case that we are frequently finding is that the population is stopping consuming those foods rich in EPA and DHA (blue fish), and is beginning to replace it with plant foods rich in Omega 3 such as Chia seeds.

Seeds like Flax, are rich in Alpha-linolenic, which in the liver a part of them is converted to EPA and DHA, true, but it is important not to forget the consumption of blue fish. Next, we detail the difference between the Omega 3 animal and the vegetable.

EPA and DHA have special functions in the body. DHA is highly concentrated in the brain, where it helps brain cells communicate with each other and protects them from harmful substances such as Alzheimer's. It focuses on the retina of the eyes where it is critical for visual function. EPA is important for healthy blood vessels, for heart health and for brain function. It also has anti-inflammatory and anticoagulant properties that favor a healthy brain and heart.

EPA and DHA are found almost exclusively in fish and crustacean shellfish. They are more abundant in fatty fish such as salmon, rainbow trout, hake (cod), sardines, mackerel and herring. All seafood have some EPA and DHA.

- The Omega-3 of plants and seeds

Alpha-linolenic acid is the only Omega-3 found in plants. It has some, but not all, of the health benefits associated with EPA and DHA. Most of it is oxidized or "burned" for energy. A very small amount, less than 5%, becomes EPA. Only a very small amount of this EPA is then converted to DHA.

The sources of alpha-linolenic acid that originate in plants are seeds and flaxseed oil, nuts and canola and soybean oil. Seeds like Linen and Chia.

That being said, we encourage you to try the seeds / flax oil, the chia seeds etc. But do not get confused when you find on the label rich in omega 3, high content in omega 3 etc., the important thing is to know what Omega 3 type is.

With it written, we do not want to discourage you from stopping trying new foods like seeds etc. They are very good in other aspects such as Chia, has a strong laxative effect due to soluble fiber (mucilages), which comes off when soaked. But we inform you about the importance of not forgetting to consume weekly fish or fish oil. You can also consume Omega 3 (EPA-DHA) in the form of a food supplement such as Cod Liver Oil in pearls. 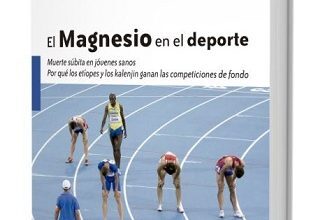 Do you know the importance of Magnesium in sports?