The 37-year-old swimmer has succeeded in 54 hours of continuous swimming. The challenge started in the early hours of Sunday and ended this morning.

He did it in tribute to those who suffer from cancer. She has overcome breast cancer

According to the vanguard, the open water ultra marathon swimmer completed this challenge as tribute to all who fight daily against cancer, lThe disease she faced a year ago, breast cancer that kept her from competing for a while.

He has swum about 209 kilometers

The distance Thomas had to cover was approximately 128 kilometers, but due to the strong tides, Thomas ended up swimming closer to 209 km

Speaking to the BBC once he landed, he said, "I can't believe we did it." "I'm really pretty numb. There were many people on the beach who met me and wished me the best and it was very nice of them, but I feel stunned. "

Swimmer Lewis Pugh said in a tweet: "Just when we think we have reached the limit of human endurance, someone breaks records."

“The hardest part of swimming was dealing with the salt water, which hurt his throat and mouth. But he added: "My team was really great helping me and keeping me strong."

”Each part had something that was really difficult. Returning from France last time was definitely difficult. It took me forever and the current pushed me everywhere. ”

Only four swimmers had previously crossed the Channel three times without stopping. Before Sarah Thomas, no one had completed a fourth stage. 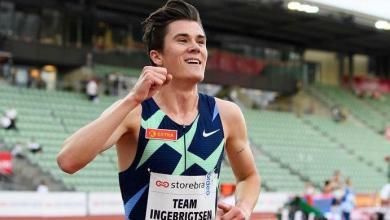 Josep Betalú, four-time champion of the Garmin Titan Desert completes the Path of Conquerors in just one day 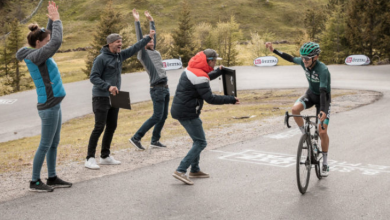 The fourth place in the Tour de France breaks the Everesting Challenge Record with 7:29 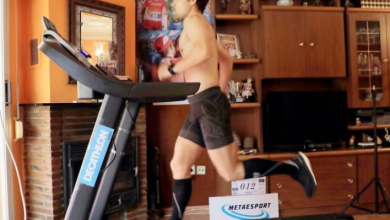 30 May 2020
Social interaction
Search
We recommend