Today one of the most important marathons in the world, the New York Marathon, where they have taken the victory, two Kenyan athletes, Geoffrey Kamworor, in male category, and Joyciline Jepkosgei, in feminine.

But apart from the strictly sports we want to highlight the participation of Ginette Bedard, an American runner who has participated in this race at the age of 86 years, in which she has been his 17º participation in the test.

Their passing times have been:

He has participated in 330 races with his club

Bedard was born in France, but has US citizenship and participated for the first time in this marathon with 72 years, where he got a mark of 3: 46 achieving the world record in his age group.

"I've been running [a marathon] every year," Bedard said, and he has completed nearly 330 races with his club, New York Road Runners (NYRR).

Now Bedard, who moved to New York on 1962 with her husband, a Canadian aviator, has participated with her son Gery, from the MovedMe team of NYRR, a group of 26 inspiring runners and families who completed this year's race.

Since the 2008 has not stopped getting records

More than a decade later, Bedard has not stopped breaking records. At 2018, Bedard was the oldest woman to cross the finish line of the TCS New York City Marathon at a time of 6: 19: 01

Bedard's story is one of the most inspiring in the world of running. 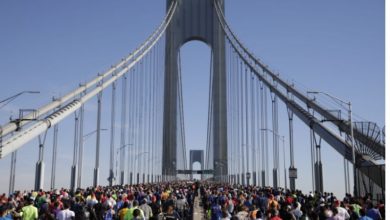 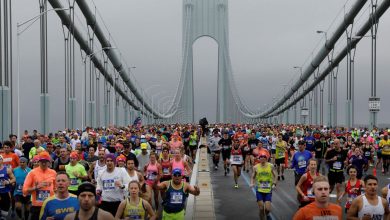 Where to see the New York Marathon live?

November 4, 2018
Sponsored by
Search
Button back to top
Close
Close
This website uses its own cookies for its proper functioning. By clicking the Accept button, you agree to the use of these technologies and the processing of your data for these purposes. Configure and more information
Privacy policy