we interviewed Monica Falgueras that, after leaving the hospital last May after suffering a pulmonary embolism that barely let her walk, a few days ago she managed to IRONMAN LANZAROTE a second place GGEE 40-44 With direct pass to IRONMAN KONA!

Recognized, but above all very loved in the world of triathlon, Mónica stands out for that great passion and willpower that she transmits wherever she goes.

From Triatlon News we interview the Andalusian triathlete based in Madrid, a story that deserves to be told.

ONLY 6 WEEKS AGO "I don't know how many lives I have, but I already spent many, he assured you "

Monica suffered a stroke in 2011 and this time, last May, a venous thrombus as reported on social networks “I have had a pulmonary embolism, due to thrombus venosis, not due to VOC. The same thing that happened to me when the stroke in 2011 but this time it stayed in my lungs "

“After I got out of the hospital for the pulmonary embolism, I had a very bad morale, I looked very bad and I was not going to be able to continue doing what I liked the most. But surprisingly my recovery was very fast "

“For this, my physique Javier Guerra helped me a lot, who treated me with the Human Tecar machine and Joaquin Peces, my coach, who was supporting me at all times. As soon as I decided that I wanted to prove myself, I don't doubt it and he was there, we went every day, I told him how I was doing and he told me how to continue.

“My surprise was that the more I did, the better I found myself until we managed to put in almost two weeks of good training, and with that I came to Lanzarote! I was aware that I had lost a lot with the big break but on the other hand I felt good and eager, for me since I could start each training it was a gift and I enjoyed it even more than ever ... " 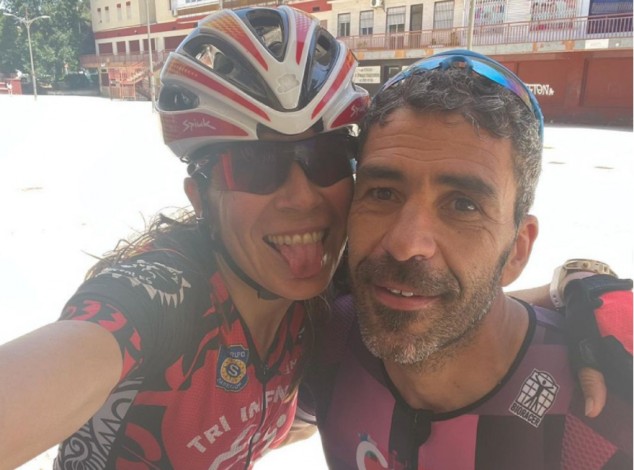 Monica started in the triathlon a little over a decade ago and the reason was to prepare the physical tests of the Civil Guard. This got her hooked and led her to compete in triathlon.

“In 2013 I premiered in the super Medio of Elche, a pity that it disappeared…. I was testing all the distances, from the mini sprint to the Olympic and when I took the step to the average, I loved it. There I decided to focus more on the medium and long distance ... and 6 IMs have already been completed " 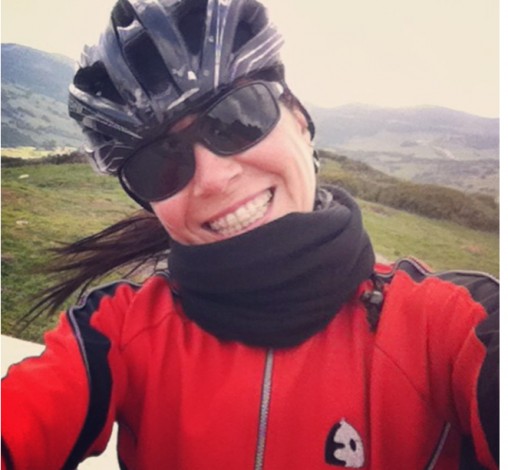 An "atypical" start to the season

"After more than 10 years competing in triathlon this 2021 presented with many uncertainties, I guess as for everyone"

“Even so, since I was asked to participate in the IRONMAN Military World Championship in Lanzarote, I have already made it the main objective of the season. The rest were thinking of competing in medium distance Spanish Cups although I had to do Ibiza and Seville a week away "

"To this was added another later uncertainty, with my stay at the hospital only 6 weeks ago, without knowing if I could even recover to be able to compete again ... and now ... suddenly ... I find myself with a Slot for him! IRONMAN World Championship! " 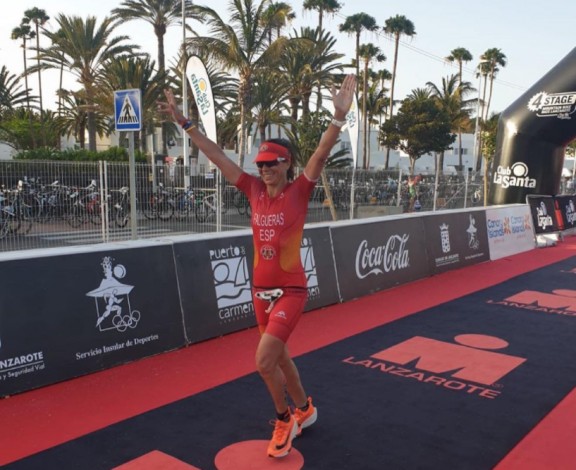 My intention is to go to Hawaii

“In just a few weeks the whole plan has changed. My intention is to go to Hawaii, these opportunities do not always appear, in girls it is very difficult to get a slot because there is usually only one place "

“I have always touched him but nothing…. and this time there were two places in my group so I made it… and I know I have to go. I still can't believe it! "

This was his time at IRONMAN LANZAROTE: Hydration and nutrition, the key to compete with guarantees.

Monica tells us how she prioritized at all times to control her safety after this "forced stop" basing her test on correct hydration and nutrition as well as enjoying it. All this far above seeking to control the rhythms or achieve a good result.

“In the race I felt good at all times, I was very very focused on not pushing too hard and above all on being very very hydrated and of course on eating. My handicap could come with dehydration which is not good for anyone, it is clear but for me even more ”

“Swimming I went out at the start of the military championship and well at first I was cut off and somewhat alone because I had to deviate more than necessary but then I found a group and I stayed with them. I was comfortable, the day was going to be very long, when I went out and saw the weather, I told myself mother, that bad weather, but I didn't care! To turn the page on the bike "

"The animation in Lanzarote is incredible, at no time did I lack a smile"

"On the bike, I was also very clear about how hard it was going to be and I didn't look at rhythms or anything at any time, just how I felt, and very focused on the refreshments in taking both isotonic and water and drinking a lot, I really enjoyed it even if it was very hard"

"The animation everywhere was incredible, at no time did I lack a smile" 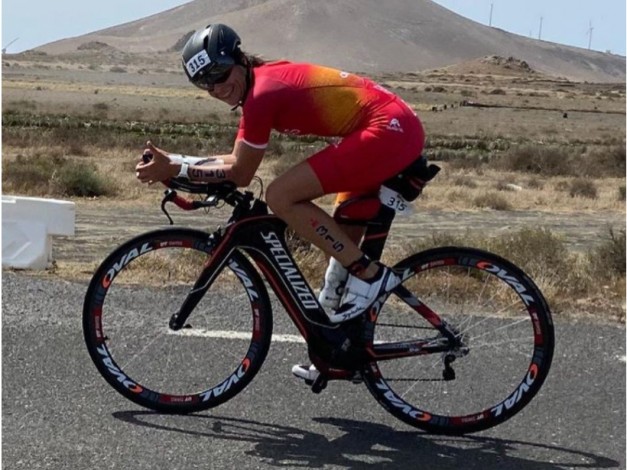 "....And when I got to run despite the hours that I had already had, I found myself very whole and that is why I decided to continue, that at first I was only going to start I did not know if I would finish it ... and in the Marathon the people and the spirits took you "

"Paco arrived with the sales"

“When Paco arrived with the sales, I already said to myself: Monica continues to drink well and smiling that we have finished this. My big surprise apart from finishing was that slot to Kona, finishing second in my group ... I didn't believe it. ... » 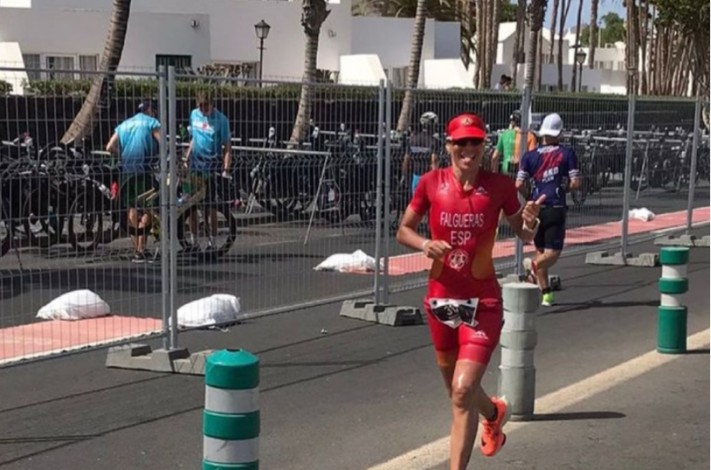 “… Well my biggest advice, especially in Lanzarote, is not to think about times. Lanzarote is very hard as well as unpredictable, the wind consumes a lot and you cannot fight it for 180 km "

"What my situation has taught me the most is that hydration and food is the key to arriving whole ...... apart from not going overboard with the rhythms and melting away before time, since this test is very long ..." 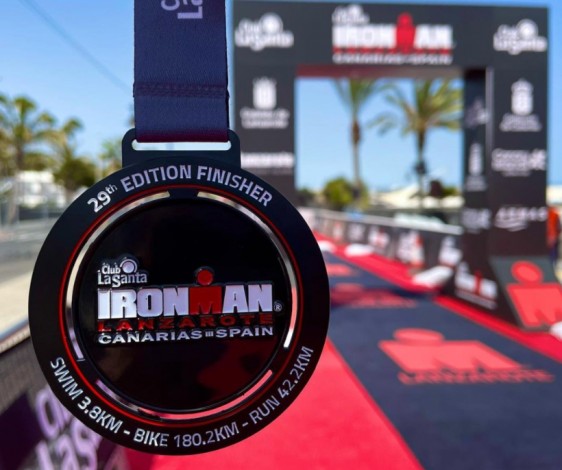 “I have been to Lanzarote quite a few times to train or to compete and I have always had a love-hate with the island very, very big ... perhaps this is a great little secret that many of us keep ... who have been there "

"Lanzarote on the one hand is an island that hooks you, but on the other hand I think that until you understand it it is difficult to manage it, that is why it creates this disparate feeling"

"Now, and after a long time with that love-hate (laughs), I can say that I love her ... because I have not fought against her, I have only enjoyed it and it is what has led me to that goal ..."

“I was very excited to participate in it. The military sports council supports us a lot, apart from managing everything, both registration, accommodation, equipment and even a super sailfish one wetsuit, they have also concentrated a week on us to train hard " 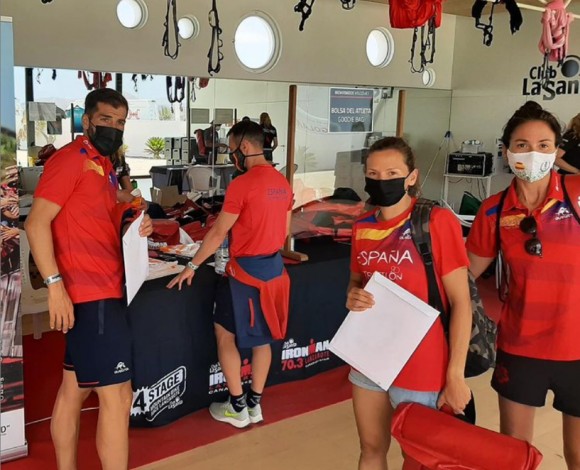 The human quality is enormous

"After what happened to me, I can only say that the human quality is enormous, because they took me anyway, even if it was just to cheer, for all that I had been training"

"Our only problem in the World Cups is that many countries have Olympians as military or pros who only live for that and that, for which we work, ... it is another league"

“On the other hand, the positive thing is that Spain is beginning to try to attract reservists from our Spanish super champions to activate them to compete with us, yes… always leaving places for us… those from the other leagues… In the future, the idea will be that they form part of the military team of Spanish sports professionals representing Spain in world championships and Olympics that are also held every four years " 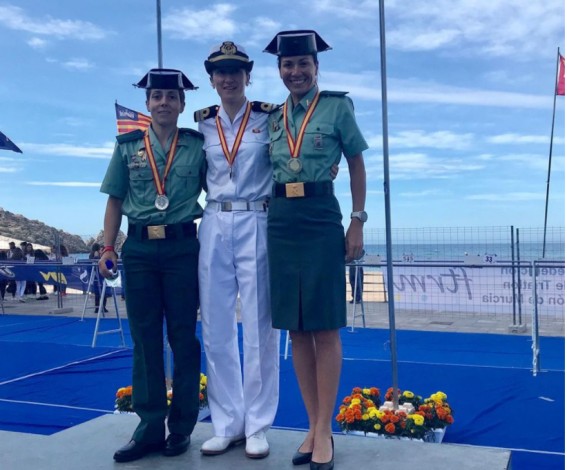 In addition to the entire IRONMAN Lanzarote organization and all the volunteers and the public who come back because this goes ahead, I also want to thank the military council, I feel fortunate to have been able to represent Spain in this World Championship.

On a personal level, I want to thank my boy Tino Anguita, for his support and because I greatly appreciate his challenge of making two IRONMANs to raise funds for the associations of Cris against Cancer and the Motor of his steps and at the same time be aware of my recovery.

To Javier Guerra, my physio, for recovering so quickly and well with the Human Tecar machine and to Joaquín Peces my coach for guiding me daily in my recovery, for preparing me and taking me to the finish line. 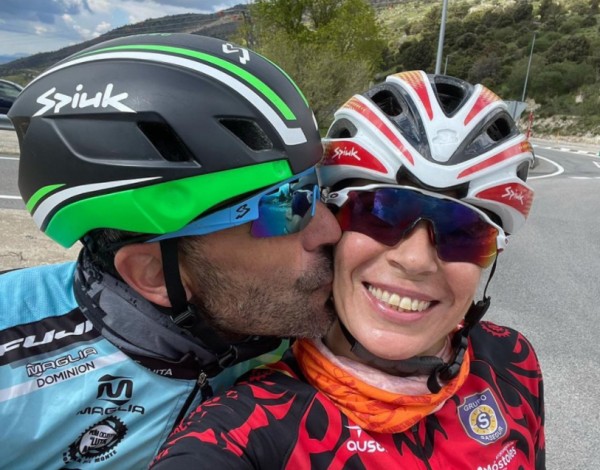 From Triathlon News for our part we want to thank Mónica Falgueras for sharing this incredible story of overcoming with all readers.

The video of the Club La Santa IRONMAN Lanzarote

21 May 2022
Sponsored by
Partner
Button back to top
Close
Close
This website uses its own cookies for its proper functioning. By clicking the Accept button, you agree to the use of these technologies and the processing of your data for these purposes. Configure and more information
Privacy policy