This test only had 300 seats for the enjoyment of the triathletes.

Excellent morning lived in Empuria Brava, where this weekend celebrated the first edition of this long-awaited Half that started the 9 on a sunny morning and that had only 300 seats available hanging the 2 complete poster weeks before the competition.

The first to take the start and three minutes apart, was the paratriathlete Daniel Llambrich with his guide. Minutes later, and on a totally calm water, the exit to the masculine and feminine test was given.

On a fast circuit, where special attention was paid to the care of non-drafting, having one motorcycle for every 20 triathletes, the test developed normally, with the triathletes being able to enjoy a spectacular morning of sports, where time respected at all times.

In the men's category, the renowned Basque triathlete, Aimar Agirresarobe, took the first position of the podium with full authority by finishing the circuit in 04: 06: 11 with an income of almost 10 minutes with respect to his pursuer, Manuel Vaca, ending in 04: 15: 06, being the third position for David Montañez with a total time of 4: 18: 32.

In the women's test the big favorite, Dolça Olle It was imposed very clearly making stopping the clock in 4:40:02. Leonor Font  signed the second place with a time of 5:13:04 followed by Ariatna Coll ending in 5: 25: 48.

Outstanding was also the swimmer's performance Hector Ruiz, Champion of Spain in 5k and 10k in the 2011, Champion of Spain of Swimming in Open Water 2012 and Subchampion of Spain Absolute in Long Distance (5 k) 2013, that participated in the relay team of the Diversport Club managing to leave the water with an advantage of over 5 minutes on its pursuers.

In category teams the club CT ESPORTRISSIM 2 achieved the first place on the podium, in a test that also highlighted the performance of paratriathlete (PT5) Daniel Llambrich and the Spanish Open Water Swimming Champion 2012, Hector Ruiz.

In the awards ceremony it was possible to count on Salvador Canet, Councilor for Sports of Empuria-Brava, where Livio Santomauro was also present, representing Restart, official sponsor of the event, as well as Sonia Jurnet and Jordi Casas, organizers of the event.

With very good taste, Half Empuria Brava will open registrations for the 2015 in the coming days, offering only 400 seats in a test that bets one hundred percent for the circuits "no drafting", as well as for the quality and attention to the triathlete . 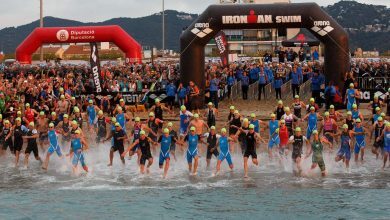 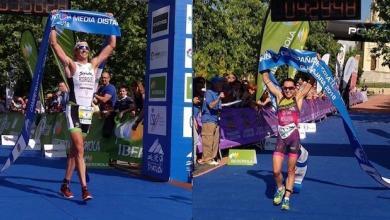 Everything ready for the LD Spain Championship in Pontevedra 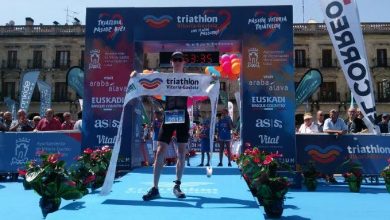 George Goodwin and Judith Corachan win the Half Triathlon Vitoria-Gasteiz 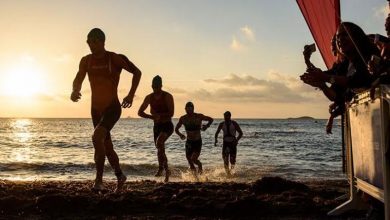 20 october, 2017
Social
We recommend
Search
Facebook Twitter LinkedIn WhatsApp Telegram
Button back to top
Close
error: You can not do this action