After the feminine test, where it has been Katie Zaferes his third consecutive victory in the WTS, it was the boys' turn, where we found the entire Triarmada, with Mario Mola , Fernando Alarza, Javier Gómez Noya, Vicente Hernández y Antonio Serrat.

The competition started at 06:00 AM Spanish time with the 1.500 meters of swimming, the fastest to get out of the water was Henri Schoeman followed by Vicent Luis at 2 seconds leading a very stretched group with 15 triathletes in 15 seconds. Noya started 9th at 8 seconds, Antonio Serrat 20th and Vicente Hernández 21th at 34 seconds, Fernando Alarza at 43 and Mario Mola came 43 from the water at 1:06 over the head.

Quickly, a group of 12 units was formed in the lead with Noya, Royle, Conin, Schoeman or Vicent Luis among others, passing 23 seconds ahead of the chasing group in the first lap. In this step Alarza, Serrat and Hernández were in the chasing group but Mario Mola passed with 1:12 lost in relation to the race leader, losing many race options repeating what happened in Bermuda.

The race leader group gradually expanded the difference over the chasing group to almost one minute in the passage through the fourth lap. Finally the race leaders with 10 units arrived at T2 with Noya in the middle of the group to start the decisive 10 km of the race on foot. The Galician began to run with his lip very swollen due to a blow he received in swimming

The chasing group with Alarza, Serrat and Hernández reached 45 seconds and Mario Mola's group reached 2:04 from the head of the race.

At the beginning of the foot race Vicent Luis started to shoot to break the race, forming a group of 6 units with Gómez Noya, Jonas Schomburg, Henri Schoeman, Marten Van Riel and Bence Bisáck leaving to try to fight for the medals.

In passing through the first lap Alarza spent tenth to 29 seconds cutting differences and leading the chasing group where young Alex Yee was. Shortly after, the Briton with an impressive rhythm, went solo hunting the head.

In the last part of the race we saw how the leading group was losing units to go through the last lap of the race with Schoeman, Luis, Noya and Bisáck. Behind Yee already passed in fifth position at 20 seconds. Fernando Alarza passed ninth to 37.

On the last lap we saw a nice duel between the heads, with several attacks, until in the last kilometer Noya was left a few meters off the hook, to fight for the medals.

With this victory, French Vicent Luis strengthens his position as leader of the circuit with a fifth place in Abu Dhabi, a fourth in Bermuda, Fernando follows second and Henry Schoeman climbs to third place. Noya is already fifth while Mario Mola falls to tenth position

The next appointment the WTS of Leeds

The next WTS event will be in Leeds, Great Britain, home of the Brownlee brothers, where Alistair Brownlee will be at the starting line and if our entire Triarmada participates, we will be able to see a duel between three of the best triathletes of the history, Javier Gómez Noya, Alistair Brownlee and Mario Mola. 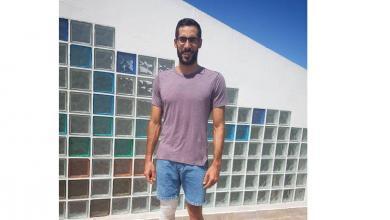 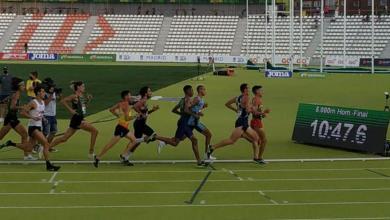