According to reports La Vanguardia, the young Danish Mathias Norsgaard, of the Movistar team, has suffered a double tibia fracture after being hit by a car while training in Girona, the cyclist himself explained to Danish television TV2.

Norsgaard, 22, one of the young Movistar signings for the 2020 campaign after the departures of the Colombian Nairo Quintana and Mikel Landa, will have to be six months off after undergoing surgery before being able to debut with the Spanish team.

The Danish runner won this 2019 the first stage of the Tour del Porvenir and before finished third in the time trial sub-23 of the World Cup in Innsbruck, in 2018.

"My preparation was going really well and I was looking forward to starting with the team. Now everything has gone to waste. Fortunately, I have a two-year contract with Movistar, but breaking my leg is the worst start I could have.r, ”he told TV2 Denmark.

In its day, Movistar especially highlighted its height: "The more than two meters in height of Norsgaard, record of the structure of Abarca Sports, make it a powerful asset for the plain, especially in the time trial," they said.

The accident, he said, occurred when a car hit him when entering a parking lot and the Danish runner, who was finishing his training session in Girona, hit a lamppost. "I could not do anything. I hit the car and went against the lamppost. If it hadn't been for the post, the wounds would have been slight, since in the rest of the body I have nothing"He explained. Norsgaard was transferred to a Girona hospital, but it has not yet been decided whether he will undergo surgery in Spain or return to Denmark to be treated there. 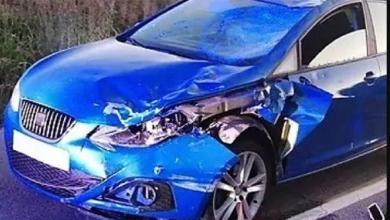 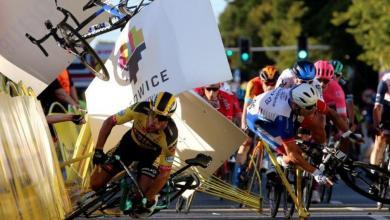