The past Ironman of Malaysia where Marcel Zamora finished in 6ª position supposed the twenty-fifth time that the Catalan was finisher of an Ironman distance triathlon.

For this reason we have spoken with the five-time champion of Nice and Embrunman Marcel Zamora to review his 25 ironmans.

Good Marcel, how are you? How are you? First congratulations for the past Malaysian Ironman that was your 25º Ironman finished. How did you feel at IM Malaysia?

It was very hard, competing in Southeast Asia always makes it complicated, but on the other hand the races are very special and different from the rest of the world

Of all the ironmans you have run, what is your favorite IM?

Embrunman
What is your most outstanding victory, your favorite?

My Embrun of 2011, after a stage of fatigue that I thought I would never win again and was reunited with what I dreamed.

Of the 25 you have completed ... which was the hardest for you?

Embrun 2015, psychologically in the 90km of the bike was cast and IM Malaysia 2016 for its extreme weather. 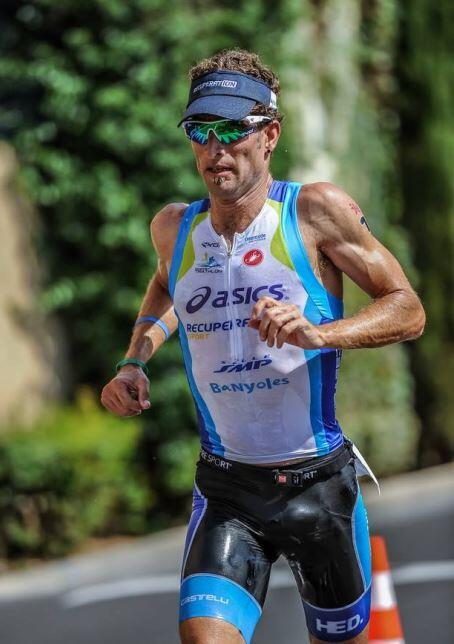 Any anecdote that you could tell us about these 25 IM?

Anecdotes there are so many in each one and multiplied by 25, that we would not finish.

But the most curious, was in Nice, which came in very bad physical condition, I said nothing, I just went out to endure as much as I could, I knew it would hardly end, some days 1h went running and had to walk home, melted.

By bike in the 35km I got off the race, I thought that until then, in the next descent I connected with them again, after 10km in the port of 14km I went ahead to intimidate and they thought I had everything under control, I kept on tightening until I saw them let go, my head made a change and I came up mentally.

From that state of crisis ... to achieve victory with my 3rd Nice.

I do not think so, I like it, but I want to enjoy other things and different goals.

Do you have any special thanks?

Especially Cristian Llorens, for having been by my side in almost all, my family for the eternal support and all the sponsors who have believed in me and have accompanied me in these 25 adventures, without them perhaps only 5 would have done.

Looking ahead to 2017… Are you planning to try running in Kona? Could you tell us about some of your goals?

Kona has been out of my mind for many years now, it's a race that I do not like, that I did not enjoy it very much the 3 times that I was and that I'm not good at it.

But living the triathlon mecca for a week is one of the best experiences of my career in this sport. I think that a professional who does not have options to do top 10 in Kona, is really sacrificing the whole season and leaving aside the option to grow as a professional.

In 2017 if all goes well, I will be in Embrun and some objectives to be determined.

To finish we show you the 25 IM of Marcel Zamora, his numbers are impressive, 15 podiums of which 11 wins and 19 top7. 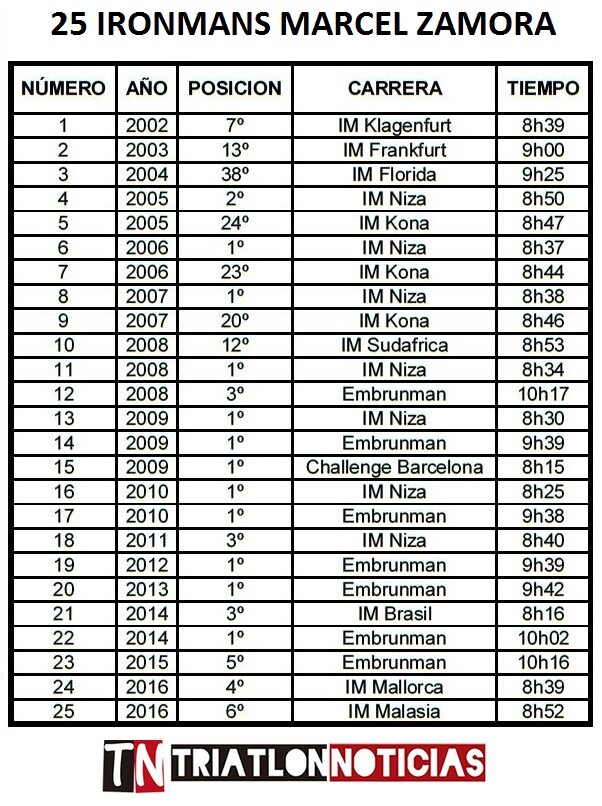 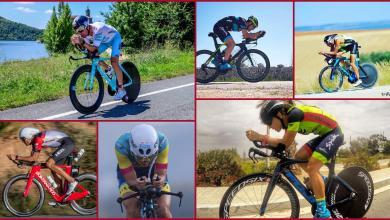 PRO triathletes and coaches at the same time 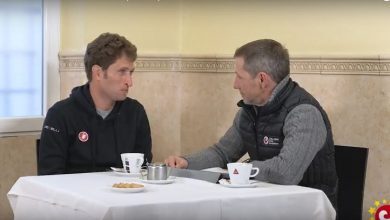 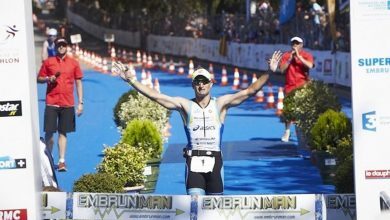 Marcel Zamora gets his sixth victory of the Embrunman 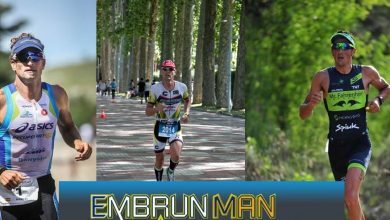