The triathlete was third in the IRONMAN New Zeland, thus obtaining the Slot for the IRONMAN 2020 World Championship.

The test started with the traditional Haka Maori, the ancient Maori dance that was used before a battle to intimidate the opponent and which is now traditional in many events, such as large sporting events, and which is a symbol of competition, hospitality and respect.

After her, the starting honk for the male PRO category was given and a few minutes later the women took the start

More women than men at the starting line

Note that it was one of the few times that female participation exceeded male participation, something unusual in triathlon events and where hopefully this equality between participants of the same sex can be seen more and more often.

New Zealander Teresa Adam was the first to emerge from the water, with a time of 50:26. Behind her at 2 ′ was a group with the rest of the favorites, the Americans Meredith Kessler, Jocelyn McCauley and Kelsey Withrow, the Canadian Rachel McBride, the Czech Radka Kahlefeldt (who abandoned in T1) and Judith Corachán with them.

Adam starts the cycling segment with a high pace and increases the advantage to 2:30 as he passes through km 18, point by which Judith was fourth, in the same group as the rest of the favorites.

At km 46 Teresa Adam remained the same, further increasing the advantage over the rest of the pursuers.

Mediated the cycling segment, Adam continued to lead in an indisputable way, while behind the race was broken, Kessler was second at 8 ′ from Adam, McCauley third at 9 ′, McBride fourth at 11:30, Judith fifth at almost 14 ′ and Withrow sixth over 20 ′.

The second part of the cycling sector would continue with the same trend, Adam dominating in a solid way, and behind the rest of the single triathletes one by one.

Highlight the abandonment of the winner in 2019 McCauley at the end of cycling.

Judith fourth when arriving at T2

After completing the 180km cycle Teresa Adam reached the second outstanding leading transition with a 16 ′ advantage over Kessler, 19 ′ over McBride and 23 ′ over Judith Corachán, who had placed fourth in the last kilometers of the cycling segment.

With this race situation Judith had the slot for Hawaii in her hands, but she still had to run the Marathon. He started strong, running at rhythms similar to Adam and Kessler and little by little he was cutting the advantage that McBride took out. Judith was struggling to get on the podium, knowing that the first two were already qualified for the Hawaii World Cup.

Passing for kilometer 12 Judith was placed third. In the half marathon the situation was as follows, Teresa Adam, the solo leader, running conservatively with a 12 ′ advantage over Kessler and 19 ′ over Judith. Fourth was McBride 4 ′ from Judith and fifth Julia Grant more than 23 ′ from the TRICBM triathlete.

The dream qualification for Kona was in Judith's legs although she still had 21km of running left.

Passing through km 32, the race remained practically the same with the first three, while Judith had managed to increase the rent with more than 7 ′ with her pursuer.

The last 10 kilometers were of total enjoyment for the current Embrunman champion and ITU world silver medalist in Long Distance, who was going to add another historic feat to her record, a triple feat, to rise to the podium of the legendary IRONMAN New Zealand, be the first Spanish to do so ... and obtain the classification for the Hawaii Ironman World Championship, her main objective of the season.

The best part of the foot race for Corachán

Finally victory for Teresa Adam with a time of 8:40:30 achieving the record of the test, second was the American Meredith Kessler with 8:56:04 and third a historical Judith Corachán Cowgirl with 9:03:22, achieving the best partial running race of all triathletes with 3:04:44.

Judith was extremely happy in goal and very satisfied for having achieved the goal of qualifying for the Hawaii World Cup: “I don't know where I am, it was very hard but I think I deserve it.

Today I have fought a lot in the whole race and I do not believe what I have done. I still don't believe the Kona thing, but I deserve it.

I have given everything to the end and throughout the competition. I'm very happy.

Thank you very much to all the people who have followed me online from home, to my family, friends and to my husband Javi. This is wonderful. Also, thank all my sponsors this year for their support. Thank you very much, we are going to Hawaiii ” 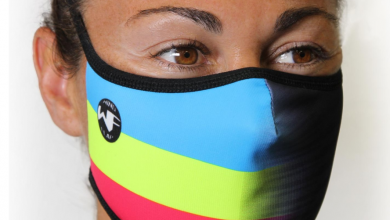 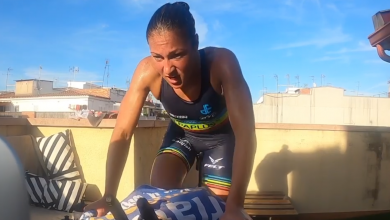 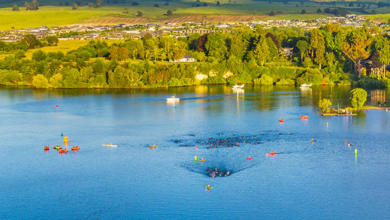 IRONMAN New Zeland, the first of 2020 with Judith Corachán looking for the Slot for Kona 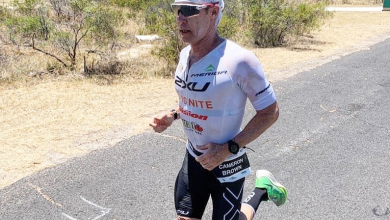