Today a new edition of the IRONMAN 70.3 Lanzarote, where this year the organization has been forced to cancel the swim segment due to the bad weather conditions expected on the day of the test.

The test that this year has beaten registrants records had several professionals at the starting line where the Spanish stood out Emilio Aguayo, Saleta Castro o Anna Noguera

The test began at 8:00 in the morning with the transition to the bicycle to face the 90 kilometers of cycling.

In passing through kilometer 21 of the sector, 7 athletes passed in just 8 seconds. In the group were Vandendriessche, Heemeryck, Azevedo, Goodwin or Funk among others. Emilio Aguayo retired in this first part of the race due to digestive discomfort.

The leading group was losing units to pass the kilometer 48 with Vandendriessche in the lead followed by Heemeryck, Funk. 16 seconds passed Maurel and already 1:33 Adrian Haller.

In the final part of the segment, Frederick Funk, with a strong rhythm, put himself first and mastered himself to reach T2 with a 2:03 advantage over the trio formed by Pieter Heemeryck, Vandendriessche and Maurel.

In the running race Frederick Funk He knew how to maintain his advantage to reach the finish line in first position and achieve victory with a time of 3:35:00. The second classified has been Pieter Heemeryck (3: 36: 40) and Kenneth Vandendriessche (3: 41: 10) third.

In the women's event, at the passage through kilometer 21 Lucy Hall was the first to lead a group with Emma Pallant, Alexandra Tondeur and Jeanne Collonge. Anna Noguera was sixth at 1:57 and Saleta Castro eighth at more than 8 minutes.

In the cycling segment Emma Pallant and Lucy Hall left ahead to pass at kilometer 48 of the race with 26 seconds on Tondeur and 50 on Collogne.

Finally they reached the T2 Pallant, Hall and Tondeur together with a 1:17 advantage over Kortekaas. Saleta Castro was seventh at 17 minutes. Anna Noguera retired from the test in the cycling segment.

In the foot race Emma Pallant was unrivaled and went solo from the start to pass 1:49 ahead of Tondeur and Hall at kilometer 8.

The Galician Saleta Castro finally it was seventh

This is Pallant's second consecutive victory in just 15 days as he won the IM 70.3 Cascais last weekend. 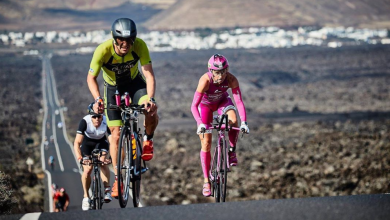 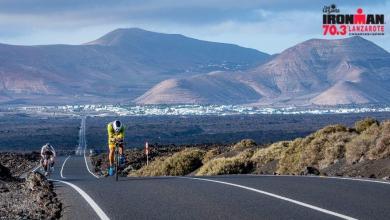 22 May 2020
Social Networks
Search
We recommend