Some years ago I was not coming back to Zarautz, although in "other times" I traveled with triathletes from my club to this test and I always had the feeling that everyone ended up very happy.

I like Zarautz, although returning to the Cantabrian always produces a high and this time has not been different.

Being able to be in Zarautz and meet mythical people from the Spanish test and triathlon has been a pleasure.

In memories of that past being able to greet people with whom I have had some kind of relationship in previous editions like that organizer Jon Treku with whom I could talk for a while and who fought for the test for 21 years, is already a pleasure.

And to meet Javier Berasategui, a friend for many years and who in Zarautz once served as a speaker and now in the work of the Technical Delegate of the Federation and who supervised everything so that the test continued to take all his effort, it is also your test

For many years the test received support in the organization of the Zarautz Tourist Office, but in the 2005 the local club had to take the direction of the test and the people of the Zarauzko Triatloi Elkartea (ZTE), have taken it forward with good grade.

Zarautz as proof I like it. The journey from Getaria to Zarautz is something that no one can miss. Departure on a beach, arrival at another beach and 2.900 meters ahead take away the dream before many people and I "know a person who practically did not sleep the months before thinking about the crossing". But it is so and no less "dreamcatcher" than the feared and exciting "wall" of Aia with important reps close to 18% and on a "cement" that no one will forget until the next edition in which he will meet the challenge again. 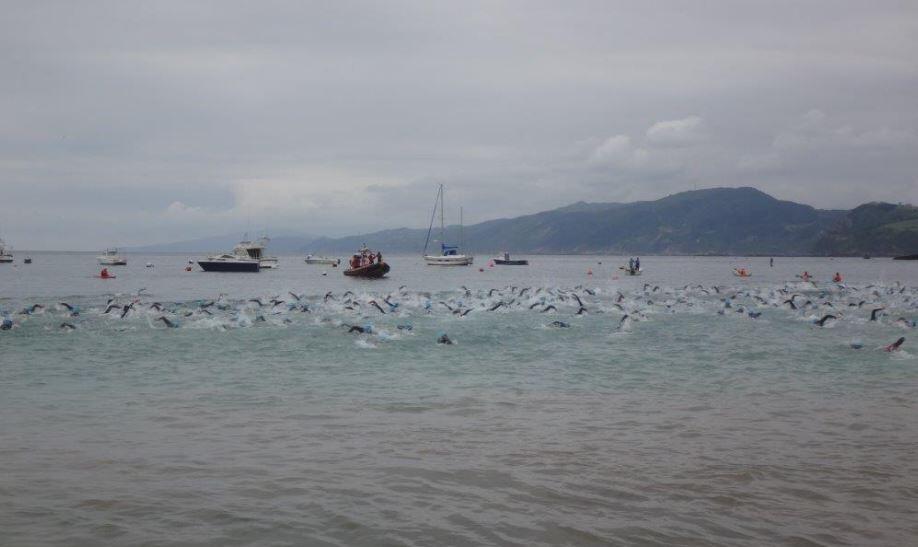 And the impressive stage of the race on foot, where the public is “on top” of each triathlete, encouraging the excited triathletes meter by meter. I don't think there is another place so incredible where that human warmth is felt intensely.

Everything is planned with love, the organizing club does a job bordering on the perfect, no one should not miss this test.

And we must not forget that three years ago the test could not be held or rather the crossing could not be celebrated by the plague of jellyfish typical of the Cantabrian and a duathlon was disputed. As you can see there was everything.

Many people, many people come to my mind when I arrive in Zarautz. I remember the victories of Iñaki Arenal, curiously this week I talked with him about the Zarautz triathlon and I can't forget a triathlete who despite my time is still in my head and in many. Dina Bilbao did everything but Triathlon did very well.

He left us at 1997 in a maritime accident in Caribbean waters that day in San Juan.

From the Tolosaldeako Triatloi Taldea club and see that I try to sign it for my club sometimes, but nothing. Of course, whenever I went to the Spanish team, I was giving away the clothes for the girls in my club that started. She in Tolosa had more trouble using those colors.

I saw her run and win and I even saw her "fly" in one of Zarautz's triathlons. A dog crossed him when he arrived with the bike and flew ahead a few meters.

It will always be in my memory wherever I am.

In Zarautz I found people who have been all in the triathlon and winner of this triathlon. There was Paco Godoy watching his son Cesc who led the test for a while, coming out in the water and occupying a third place in goal. Paco enjoyed the test just as I enjoyed watching him win and compete in his time. Keep it up Dr. Godoy.

Before finishing I want to wish Aida Valiño that there was in Alto Meagas, a happy birth of the girl who waits with Gustavo who was currently competing for a place on the podium. Surely we can soon enjoy all three. I encourage Aida, you know that I will also be lucky to have touched your belly.

The participation in this edition has been spectacular and that the day before a Spanish Championship of the modality. Two triathletes who will go to the next Olympic Games on the starting line, Ainhoa ​​Murua running at home and already winning for their fourth Olympic Games. Fernando Alarza will also be in Rio, crossed the finish line in second position behind the “long distance boss” who best marks the “tempo” in these tests, Eneko Llanos who wanted the txapela and got it.

Many high-level triathletes, many debuting triathletes with full-fledged nerves, many emotions on a day when Zarautz opens its doors for triathlon.

Sleeping a nap after being in Zarautz could be difficult but after more than 1.300 km that I did last weekend to see this triathlon and Sunday in Valencia the Spanish Championship of Medium Distance Triathlon, let me hit that head and get up startled thinking about the test of Valencia.

I honestly can't compare, Zarautz lets me rest peacefully and this Media Distance Championship makes me startle, for me the test was not “well dressed” and being a Spanish Championship…, but that's another thing 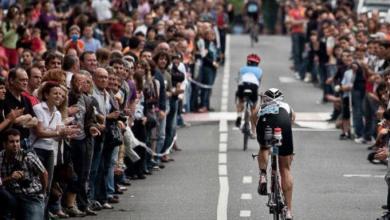 The Zarautz Triathlon canceled. It will take place in 2021 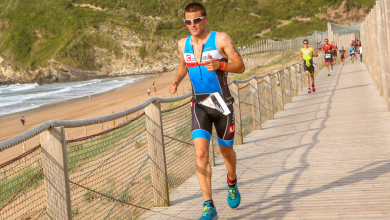 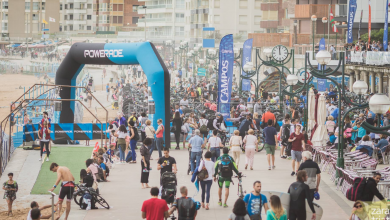 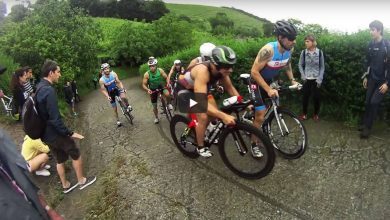